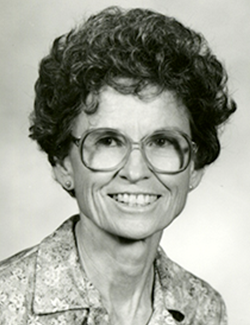 Dr. Zora Frances "Fran" Greenway was born in Ladonia, Texas, in 1928. Dr. Greenway credited her call to become a missionary to an experience she had at the age of fifteen while attending a worship service at an African-American church near her parents' farm. After graduating from East Texas State College (now Texas A&M University-Commerce) and earning an M.D. from the University of Texas Medical Branch in Galveston, Dr. Greenway was appointed as a medical missionary by the Foreign Mission Board of the Southern Baptist Convention in July 1959. Dr. Greenway briefly worked in Nigeria before serving at Sanyati Baptist Hospital in Rhodesia (now Zimbabwe) and at the Baptist Medical Center in Nalerigu, Ghana. Dr. Greenway never married and described herself as a "Baptist nun." She retired in 1994 after 35 years in Africa and died in San Angelo, Texas, in 2016.