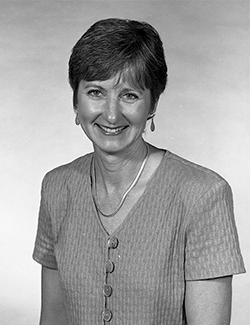 Dr. Diana Richmond Garland earned her B.A., M.S.S.W., and Ph.D. in Social Work at the University of Louisville before teaching at Southern Baptist Theological Seminary in Louisville, Kentucky. She taught there for 17 years in the Carver School of Church Social Work and served as dean and the director of the Gheens Center for Family Ministries. She married Dr. David Garland in 1970, and the couple had two children. Upon coming to Baylor University as a faculty member in 1997, Dr. Garland strove to build on its social work program. In 2001, the new Master of Social Work degree received accreditation during Dr. Garland's time as chair of the Department of Social Work in the College of Arts and Sciences. She became the inaugural dean of the newly established Baylor School of Social Work in 2005. Before she passed away in 2015, the Baylor School of Social Work was renamed the Diana R. Garland School of Social Work. Throughout her career, Dr. Garland wrote, co-authored, or edited nineteen books and many articles. Additionally, she raised more than $7 million in research and program grants since coming to Baylor in 1997.

More information about Diana Richmond Garland can be found in her oral memoirs at the Institute for Oral History and in the Diana R. Garland papers at The Texas Collection.