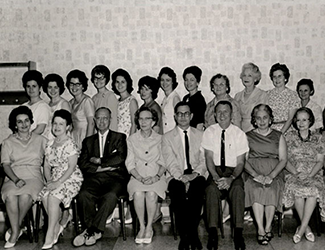 In the summer of 1957, Baylor University's Department of Library Science began offering two courses available to summer students: Young People’s Literature and Administration of Library Services. Housed in the College of Arts and Sciences, Library Sciences had long been considered a minor course of study for Baylor students. However, in 1960, Baylor's program of Library Sciences was approved by the Texas Education Agency; this allowed the issuing of teacher-librarian degrees. At that time, Baylor was the only school in Central Texas that offered an approved course in library sciences. Headed by faculty member Zula Zon MacDonald, the department became a major undergraduate degree program in 1963. By 1965, the department began teaching curriculum that encompassed public, church, school, and special librarianship. The department was transferred to the School of Education in the 1970s, and eventually, the courses became obsolete with the changing landscape of library sciences degree requirements.