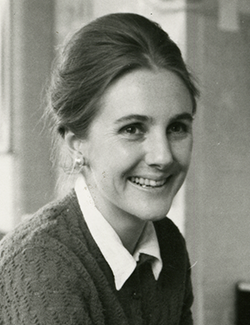 Born on March 11, 1944, in Liverpool, England, to Rear-Admiral Clarence Dinsmore Howard-Johnston and Lady Alexandra Henrietta Louisa Haig, daughter of Field Marshal Douglas Haig, Xenia received a degree in Russian and French from Oxford University and a degree in Russian politics from the London School of Economics and Political Science.

Her interest in Russia stemmed from her paternal grandmother whose family, the Bairds, lived in Russia from the late 18th century until 1882. In 1969, Dennen helped found, with Michael Bourdeaux and others, The Centre for the Study of Religion and Communism (later to be called Keston College and eventually Keston Institute) and became a member of its Council of Management. She began producing Keston's academic journal Religion in Communist Lands (changed to Religion, State and Society after the fall of communism) in 1973 and continued as editor until 1981.

During the 1990s, Dennen served as Keston’s Moscow representative, traveling to Russia four to six times a year and building a network of contacts. There, she met Sergei Filatov and introduced his idea of producing an encyclopedia about the contemporary position of all religions in Russia. The Keston Institute formed an encyclopedia team, and since 1999, Dennen has been actively involved in the team’s fieldwork and in producing the multi-volume Encyclopaedia of Religious Life in Russia Today.

She has chaired the Keston Institute Council of Management since 2002 and serves on the Court of the Mercers’ Company in London, which dates to the 1300s, where she is Upper Warden in 2017-2018 and in line to become the Livery's second female Master in 2018-2019. She is married to the Venerable Lyle Dennen, a retired priest in the Church of England and a former Archdeacon of Hackney (1999-2010). They have two adult sons.

More information about Xenia Violet Howard-Johnston Dennen can be found in the Keston Center for Religion, Politics, and Society.

Christian Appeals from Russia edited by Rosemary Harris and Xenia Howard-Johnston; with an introduction by Michael Bourdeaux (Hodder and Stoughton, 1969).

Christian Appeals from Russia edited by Rosemary Harris and Xenia Howard-Johnston; with an introduction by Michael Bourdeaux (Tyndale House, 1972).

Religion in Communist Lands published by the Centre for the Study of Religion and Communism, edited by Xenia Dennen, 1973-1981