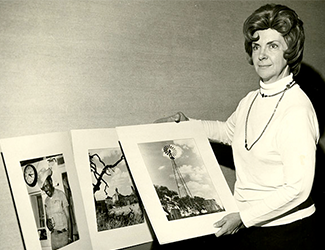 Betty Wilke Cox was born on September 25, 1928, in Fort Worth, Texas, to L.A. Wilke and Viola Helen Anderson Wilke. In 1944, she graduated from Gainesville High School in Gainesville, Texas. She then attended Texas Woman's University in Denton, Texas, where she received her bachelor's and master's degrees. After graduating, Cox initiated her writing career as a newspaper reporter for the Nolan County News and the Sweetwater Reporter in the late 1940s. She met her husband, Bill G. Cox, while working for the Reporter and the couple had one son, Michael. Later, she briefly taught in Dallas and Del Valle, Texas, before pursuing work in the library science field. Cox worked as a librarian at the Austin Public Library, the Texas State Library, the Texas A&M University Special Collections Library, and the Ocotillo Branch Library in Phoenix, Arizona. Following her retirement, Cox founded Woodburner Press, which she ran in conjunction with her editing business, Hudman Editing Service in Austin, Texas. Through Woodburner Press, she published fourteen of her clients' books, several of which are housed in The Texas Collection. Betty Wilke Cox passed away on August 28, 2006, in Austin, Texas.