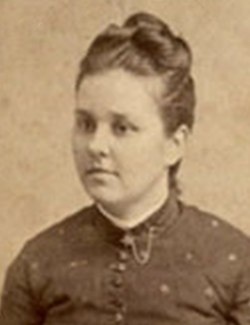 Anne Luther Bagby was born in 1859 in Missouri, the eldest surviving child of John Hill and Anne Luther. Her father became the president of Baylor Female College at Independence in 1878 and followed the school when it moved to Belton. Anne served as the dean of the college and taught mathematics. While representing the institution at a State Baptist Convention, she met William Buck Bagby, a graduate of Waco University who felt a call to foreign missions. The two married in 1881, the same year the Foreign Mission Board appointed the couple to work in Brazil as the first permanently-established missionaries in the country. The Bagbys founded Baptist churches and Anne established the Colégio Batista Brasileiro in São Paulo. Anne died in 1942 after serving more than fifty years in Brazil. Anne and William were one of the longest tenured missionary couples in the Southern Baptist Convention and several of their family members continued their legacy by serving as missionaries in South America.

More information about Anne Luther Bagby can be found in the Luther-Bagby collection at The Texas Collection.