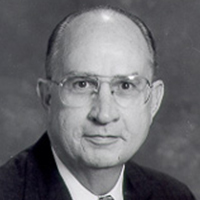 William R. “Bill” Vance was born in Bryan, Texas in 1939. He received a Bachelor of Arts in Economics from Texas A&M before attending the University of Texas School of Law, from which he graduated in 1963. Having been admitted to the bar the year of his graduation, Vance worked as the Assistant District Attorney for Brazos County from 1964-1967, and as County Judge from 1967-1978. From 1978-1990, Vance engaged in private legal practice, founding his own firm in 1982. In 1990, Vance defeated incumbent Terry Means to assume a seat on the 10th Court of Appeals, the first native of Brazos County to achieve the office. He won unopposed reelection twice, additionally making an unsuccessful bid for the presiding judgeship of the Texas Court of Criminal Appeals. His last term was marked by accounts of discord and strife within the 10th Court, as Chief Justice Tom Gray became notorious for his markedly uncivil dissents. Vance retired from the court in 2009.

In addition to his court activities, Vance was active in both regional and statewide organizations. He organized and chaired the Brazos Valley Mental-Health-Mental Retardation Board of Trustees while serving as County Judge in Brazos County, and was director/chairman of the Brazos Valley Development Council. While practicing law privately, he served as a member of the State Depository Board (1982-1985) and State Finance Commission (1985-1986). He was elected president of the Bryan-College Station Chamber of Commerce in 1988 after two years as its Treasurer.

The William R. “Bill” Vance papers range from 1972-2009, and cover a portion of Vance’s public life as a court justice and candidate for state office. Included are a number of press clippings from throughout Vance’s career. Correspondence related to campaigns for both the 10th Court and Court of Criminal Appeals, as well as some correspondence from Vance’s time on the 10th Court, provide additional context for some of the clippings. Also enclosed are several awards and honors Vance earned over the course of his career.

The 1990 campaign was not particularly ideologically driven and focused instead on the disparity between the qualifications of the two candidates. In contrast, Vance’s 2000 campaign was framed heavily around broader discussions of the state of the American justice system. The clippings and letters in the collection display the negative view Texas media held toward the Court of Criminal Appeals, characterizing it as a partisan body so obsessed with “law and order” that it ignored evidence that might exonerate (or at least demand a new trial for) its appellants. Of particular interest are the campaigns’ existence in the context of debates surrounding the usefulness of DNA testing for overturning convictions (the Roy Criner case, in which the CCA explicitly ignored DNA evidence, is mentioned multiple times). Vance’s opponent, Sharon Keller, was indicted as the ringleader and mouthpiece for this unsympathetic court.

Vance’s time in court was mostly productive, and his statements to the press consistently emphasize his ability to work through his assigned caseloads. However, with the ascension of Tom Gray to the position of chief justice in 2003, tensions began to show in the court’s internal workings. Gray was consistently critical of the number of cases being overturned by the court, noting that a number of these overturned cases were also being overturned by higher courts. His dissenting opinions took jabs at the other sitting justices, eventually drawing significant attention from the popular press.