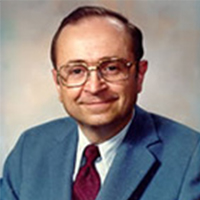 Bob L. “Bobby” Thomas was born in Hill County, Texas on February 27, 1937, and moved to Waco, Texas in 1941. At fifteen years old, Thomas showed promise as a track athlete, winning several awards. However, at that same age he contracted Polio which affected his legs and surrendered his life to a wheelchair.

This disability did not deter him. He was a 1955 graduate of Waco High School, completed a BBA in Accounting at Baylor University in 1958, and graduated first in his class from Baylor Law School in 1960. He began his law practice in Waco during 1961, working in tax law as well as general law.

From 1967-1970, Thomas served as a state legislator in addition to his law practice. He ceased both when he was elected as County Judge of McLennan County. He served in this position until 1982, when he became a Justice of the Tenth Court of Appeals.

Bob Thomas was active in his community as well as his profession. He was twice awarded by the Jaycees as an “Outstanding Young Man of Texas” and honored as Texas “Disabled Person of the Year.” Thomas was also a member of the Task Force to revise the Texas Mental Health Code and a consultant to the Commissioner of Texas Rehabilitation Commission, both of which were appointed positions.

In 1989, Thomas was appointed Chief Justice of the Tenth Court of Appeals where he served until his death, February 21, 1996.

The Bob L. Thomas papers include personal papers as well as court opinions. The personal papers hold correspondence, biographical information, and clippings. An early clipping shares a peek into Thomas’ life prior to contracting Polio, but several are obituaries and memorials written upon his death. Handwritten notes and research materials are also included and were most likely used as Judge Thomas was preparing his Court Opinions. The bulk of this collection consists of Court Opinions prepared for both Civil and Criminal Cases while Thomas served as Justice of the Tenth Court of Appeals.