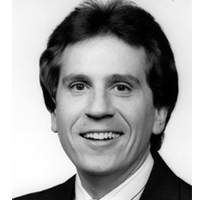 Allen Dwain Place, Jr. was born on September 22, 1955, in Gatesville, Texas. He graduated from Baylor University with a bachelor's in Business Administration in 1977, and a Juris Doctorate in 1979. Place passed the bar exam that same year and began practicing law in Gatesville.

In a 1990 special election, Place, a Democrat, was selected to replace Bob Melton as the Texas State Representative for the 57th District. From 1990-1992, this district represented Bosque, Coryell, and Hill Counties. Redistricting occurred in 1992 after which Place represented the 59th District, comprised of Comanche, Coryell, Erath, and Hamilton Counties.

Allen Place, Jr. was a member of the 71st-75th Legislatures, from 1990 to 1999. He served on the Criminal Jurisprudence Committee throughout his tenure, fulfilling the role of chair for three terms. Place also sat on the Calendars, Corrections, and Elections Committees, among others. In 1997, he chaired the Senate Bill 97 Select Committee which revised stalking laws in Texas.

The Administrative Organizations series includes materials collected by Place while working on legislative issues in Texas. The Agencies subseries includes correspondence, annual reports, memos, and meeting agendas from entities such as the Texas Commission of Alcohol and Drug Abuse, the Texas Department of Health, and the Governor’s office. The Interstate Commerce Commission subseries is primarily composed of documents related to the merger of the Burlington Northern, Inc. and the Atchison, Topeka, and Santa Fe railways.

The Correspondence series is divided into two subseries: Individuals and Subject. The Individuals subseries covers topics such as firearms, education, and the criminal justice system with politicians, educational representatives, and others. The Subject subseries relates directly to topics such as education, school funding, tort reform, and youth issues. Some inmate correspondence is present but has been restricted.

The Legislative Series is divided into four subseries and covers the 72nd-75th Legislatures (1991-1997). The General sub-subseries includes reports, lists, calendars, and policies. Bills are organized numerically and include House Bills, Senate Bills, and other bills formerly considered for legislation. Correspondence houses inquiries about bills under consideration, and the Legislative Clipping Service sub-subseries contains articles from various newspaper outlets used to research topics related to current legislation.