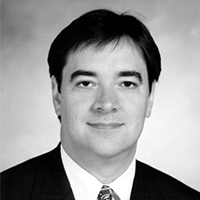 James R. “Jim” Dunnam served as the Texas State Representative for District 57 from 1997-2011. He was born December 12, 1963, in Waco, Texas, where he continues to reside. Dunnam attended Baylor University where he attained his BBA in 1986 and JD from Baylor Law School in 1987. He began working as a member of his family’s law practice, Dunnam & Dunnam, L.L.P. in 1988.

Dunnam ran as the Democratic candidate in the 1996 election, won, and served until losing his bid for re-election in November 2010. Considered a leader in the Democratic Party, he was named the leader of the House Democratic Caucus from 2003-2011. Dunnam’s major bills included charter-school reform and restrictions on open containers of alcohol in cars. Additionally, he worked to improve public schools, economic development, affordable health care, focused on the Bosque River, higher education, and oversaw the evaluation and re-authorization of the State Bar of Texas and the State Board of Law Examiners. In 2003, he led the controversial Killer Ds walkout to Ardmore, Oklahoma to stall Republican Tom DeLay’s mid-decade redistricting plan.

Dunnam was appointed to several committees and acquired numerous awards. He served on the Texas Supreme Court Rules Advisory Committee, 1998-2003, Texas Sunset Advisory Committee, 2001-2005, House Select Committee on Judicial Interpretation of Law, and the House Committee for Oversight of Family Law and Texas Family Code. He served as Chair of the Interim Committee on Charter Schools, the Select Committee on Federal Economic Stabilization Funding, and as Vice-Chair of the Committee on Criminal Jurisprudence. Dunnam was named Baylor’s Young Lawyer of the Year in 2001, and one of Texas’s Ten Best Legislators in 2001 by Texas Monthly and in 2005 by Capitol Inside. He is certified as a civil trial law and family law attorney.

The Jim Dunnam papers cover an expanse of 1982-2011, though the bulk of the papers are from 1997-2011. These years span the 75th through the 81st Texas Legislatures. Materials document Dunnam’s service as a Texas Representative during these sessions. The papers cover a wide variety of topics pertinent to Texas House District 57 during this time, including the Bosque River, charter schools, education, health, lawsuit reform, redistricting, school finance, Supreme Court of Texas, taxes, the Texas Youth Commission, and tort reform. There is a significant amount of material related to the Killer Ds walkout to Ardmore, Oklahoma, led by Representative Dunnam, and a variety of unique campaign material items.

Each of these topics present themselves in various formats throughout the collection. Series I, Administrative, consists of office paperwork related to everyday functions, appointments, travel, campaigns, and biographical material. Series II, Correspondence, covers a wide array of topics, as well as McLennan County-specific letters and correspondence between members of the legislature. Series III, Constituents, refers to materials on cities and counties within District 57, phone logs, questionnaires on education funding, reading files, Dunnam’s speeches, and thank you notes. Series IV, Legislative, is the largest series and is organized by subseries representing each session of the Legislature in which Dunnam participated. Each of these subseries contain sub-subseries, including House Bills, Senate Bills, Joint Resolutions, Commemoratives and Commendations, and Topical. Series V, Newspapers, includes copied clippings about Dunnam, the Texas Legislature, politics, and the state. Series VI, Personal, holds material about the Texas/Oklahoma Bar Grievance, and Series VII, Press Releases, contains topical material. Series VIII, Audio-Visual, is the last series, and includes four types of media: cassettes, CDs, photographs, and VHS tapes.