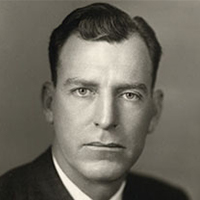 Thomas A. Pickett was born on August 14, 1906, in Travis, Falls County, Texas. He lived briefly in Iola and then moved to Palestine, Texas with his family in 1913. He attended public schools there and graduated from Palestine High School in 1923. Pickett then attended Conway's Business College and worked for one year in his father's law office. He attended the University of Texas from 1924 to 1928. While in his first year at the university, he was elected freshman class president.

Following graduation, Pickett was admitted to the state bar and began practice in Palestine in 1929. Pickett served as Anderson County Attorney from 1931 until 1935. Next, he served as district attorney for the 3rd Judicial District from 1935 to 1945.

In his last year of district attorney, Pickett turned towards politics and ran for a seat in the House of Representatives. Having successfully, unseated incumbent Nat Patton in the Democratic primary, Pickett went on to defeat Republican J. Perrin Willis in the general election. He began his term as member of Congress, representing Texas' 7th District on January 3, 1945. Pickett's political successes continued in the subsequent elections of 1946, 1948, and 1950. Each time, running unopposed. In Congress, Pickett served on the House Public Works, Veterans Affairs, and Administration committees.

Pickett resigned from office on June 30, 1952 and was succeeded by John Dowdy in September 1952.

After public office, Pickett served as vice-president of the National Coal Association from 1952 until 1961 and the Association of American Railroads from 1961 to 1968. Pickett later moved to Florida in 1968.

Material is present from Pickett's tenure as a United States Representative for the 7th Texas Congressional District. Items represent Pickett's service in the 79th through the 82nd Congresses. In his House tenure, Pickett served on the Foreign Affairs Committee, the House Administration Committee, and the Judiciary Committee. The collection documents Pickett's congressional campaigns, his legislative interests in the Tidelands case, public works projects on the Neches, Angelinas, and Trinity Rivers, and railroad bankruptcy and its impact on Anderson County, Texas.