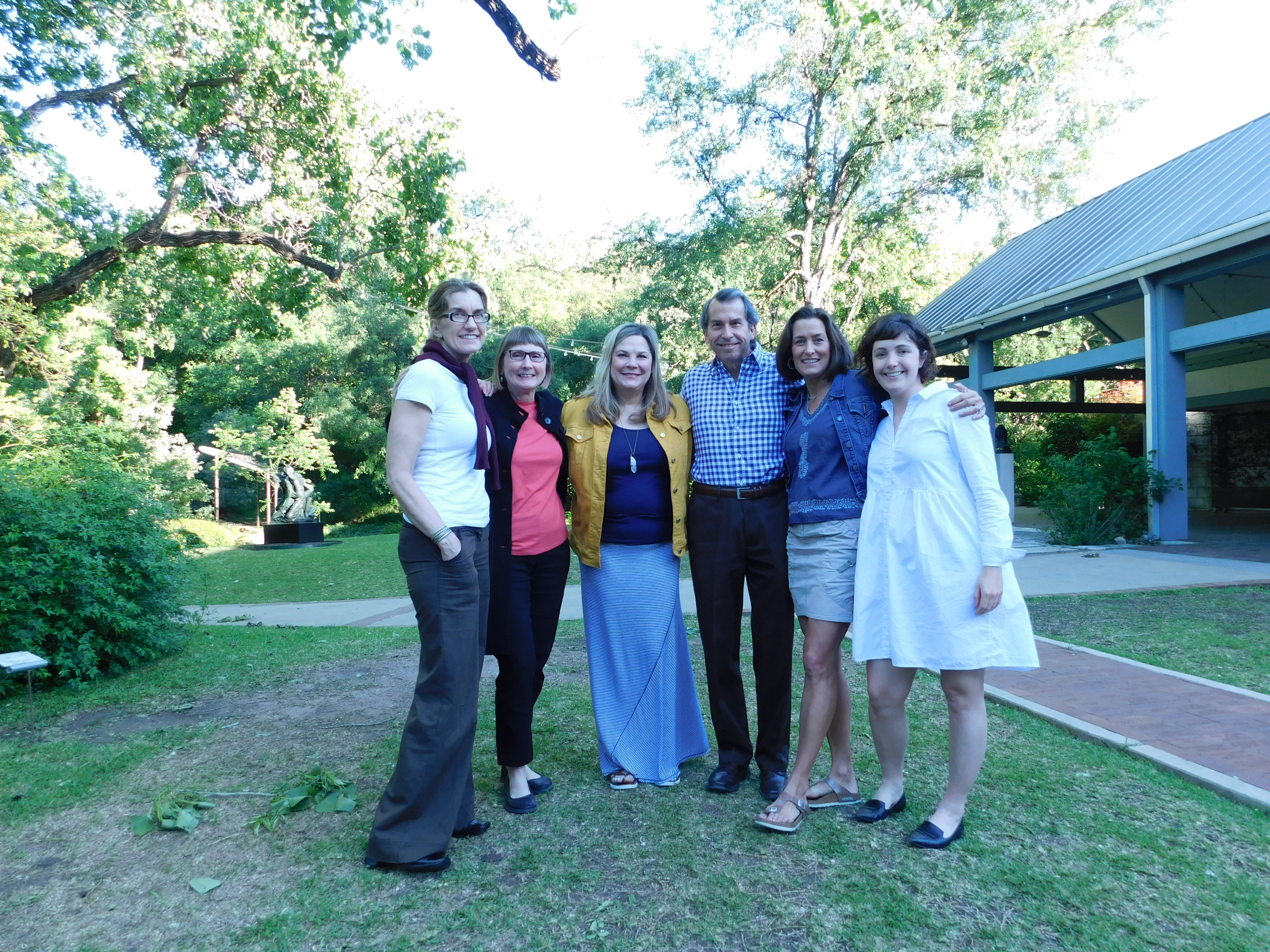 The museum aims to collect these interviews and extract key anecdotes for audio guides, which will highlight various sculptures throughout our garden. We intend to film interviews as well, for use in later documentary films by the museum or others. We will create a culture of sharing around the project, and ensure interviewing techniques and conversations are thoughtful and perceptive. Charles Umlauf left not only the gift of his art when he passed, but the gift of his story. We aim to honor that bequest by making more comprehensive information on Umlauf accessible to the public, furthering their understanding of the sculptor and deepening their appreciation of his artworks. The completed interviews will be shared and cherished among the thriving Umlauf community and the public, giving us all more clarity on “the man with oversized hands" behind the spectacular bronzes that belong to all of Austin.

The goal of "Footprints of Times Past," a research project initiated by the Limestone County Historical Commission, is to preserve the histories of eleven rural communities that once served the agriculturally-based economy of the area but are now deserted or nearly deserted. Former communities targeted for research include Big Hill, Forsa, Lavender, Odds, Oletha, Point Enterprise, Sandy, Woodlands, Doyle, Comanche Crossing, and Webb Chapel. Four of the communities were settled by freed slaves. In the grant proposal narrative, the applicants wrote, "Through the interviews, the oral histories will breathe life into these communities, again revealing the role that each played in the history of Limestone County. At one time, each placed a deep footprint in the history of the county. Today, the natural forces of time are wearing the footprints away. The streets are empty, the structures where children once played and recited Bible verses are empty shells or have totally disappeared with the passing of time, and the voices to tell the stories are becoming softer and softer. It is imperative that we document the stories and the histories of these communities before they are lost forever."

A 2011 Community Oral History Grant was awarded to the Friends of Gillespie County Country Schools. The project trained and equipped community volunteers to collect stories from former students and teachers of the twelve historic one-room schools and three teacherages still standing in rural Gillespie County, Texas. A few years ago, the Friends organization saved the sale and possible destruction of the school houses, the lone remnants of forty such schools that served the rural population of the county in the first half of the twentieth century. The organization hosts open-house school tours and reunions and maintains a Web site on the schools at www.historicschools.org. The oral histories are deposited in the Gillespie County Historical Society, and excerpts of the transcripts will be available on the Web site to help preserve the stories of life and education in rural Texas. In their final report, the Friends assessed the value of the project: "These stories give an in-depth look at life in rural Texas during the 1920s-1940s, a time unchanged for over 75 years. They tell of a simple and hard life during the dry and wet years, the early farming and ranching times, depression years and war years. The innocence of country life, a time of faith with devotion to local church and community, a time of strong family ties, with devotion to country and of patriotism. These stories will be used with exhibits that we construct for the county fair and other events throughout the years. With the start that has been provided, we will continue to collect the stories as long as we have individuals living that recall their days at the old schools. These stories will also help us as we attempt to garner funds for the continued restoration and repair of these 100 year old structures."