The W. R. Poage Legislative Library, the Institute for Oral History, Women's and Gender Studies, and the Waco NAACP proudly co-sponsor this virtual panel discussion that marks the centennial of the adoption of the 19th Amendment to the U.S. Constitution, which states that the "right of citizens of the United States to vote shall not be denied or abridged by the United States or by any State on account of sex."

Our panel of experts reflect on the history of women's suffrage, the cultural and societal impact of the 19th Amendment over the past century, and the ongoing struggle to ensure the right to vote for all citizens. 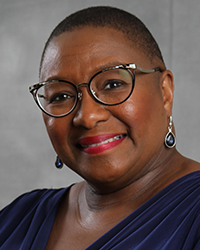 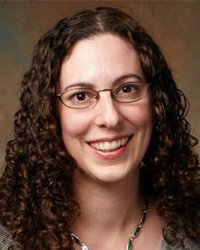 Dr. Christina Chan-Park is an Associate Librarian and the STEM Librarian Coordinator at Baylor University where she currently is a research librarian for physical sciences and data. She is also a workshop leader for the ACRL roadshow, ""Building Your Research Data Management Toolkit: Integrating RDM into Your Liaison Work." Her current research interests are in scholarly communications, specifically data management, academic identity, and bibliometrics. Like most librarians, she enjoys reading. But more than anything else she enjoys seeing other people succeed and helping them achieve their goals. Prior to coming to Baylor in 2000, Dr. Chan-Park was the director of the NSF-funded Alliance for Graduate Education and the Professorate and a visiting professor of geology at the University of Houston. She has also been a lecturer at the University of British Columbia, Capital University, and the Ohio State University where she received her post-doctoral training.

Dr. Peaches Henry is in her second term as president of the Waco NAACP. Dr. Henry is a professor at McLennan Community College where she teaches composition and British literature. She is a member of the Waco Alumnae chapter of Delta Sigma Theta Sorority whose first act after its founding in January 1913 was to march in the Women’s Suffrage Parade in March 1913. She is a member of the United Way’s Community Grant Making Task Force, the Waco Leadership Forum, the Advisory Committee of The First National Bank, and the board of Greater Waco Legal Services. Dr. Henry graduated from the University of Texas in Austin with two bachelor’s degrees—one in education and one in liberal arts. She has a masters and a doctorate in English and Comparative Literature from Columbia University in New York.

Dr. Andrea Turpin is Associate Professor of History at Baylor University. Her first book, A New Moral Vision: Gender, Religion, and the Changing Purposes of American Higher Education, 1837-1917 (Cornell, 2016) explores how the entrance of women into U.S. colleges and universities shaped changing ideas about the moral and religious purposes of higher education, and in turn profoundly shaped American culture. The book has won three awards: the 2018 biennial Linda Eisenmann Prize from the History of Education Society for the best first book on the history of higher education, the 2017 Lilly Fellows Program Biennial Book Award for scholarship from any field on religion and higher education, and Baylor University’s 2016 Guittard Book Award for Historical Scholarship. Dr. Turpin has also published several peer-reviewed articles. Her second book project, tentatively entitled A Debate of Their Own: Educated Women in the Fundamentalist-Modernist Controversy, positions college-educated women as key players in the narrative of the Protestant fundamentalist-modernist controversy of the early twentieth century, the split between theological and social liberals and conservatives which many credit with giving birth to the modern culture wars. She has received several grants in support of this research including from the Presbyterian Historical Society and the Sophia Smith Collection. Dr. Turpin has served as co-chair of the Higher Education affinity group of the History of Education Society and serves on the Council of the American Society of Church History. She contributes to the group blog The Anxious Bench and tweets @AndreaLTurpin.

"19" stands behind the All-In Commitment made by President Livingstone to encourage the entire Baylor community to vote.

For more information, contact the W. R. Poage Legislative Library by phone at (254) 710-3540, or email poage_library@baylor.edu.