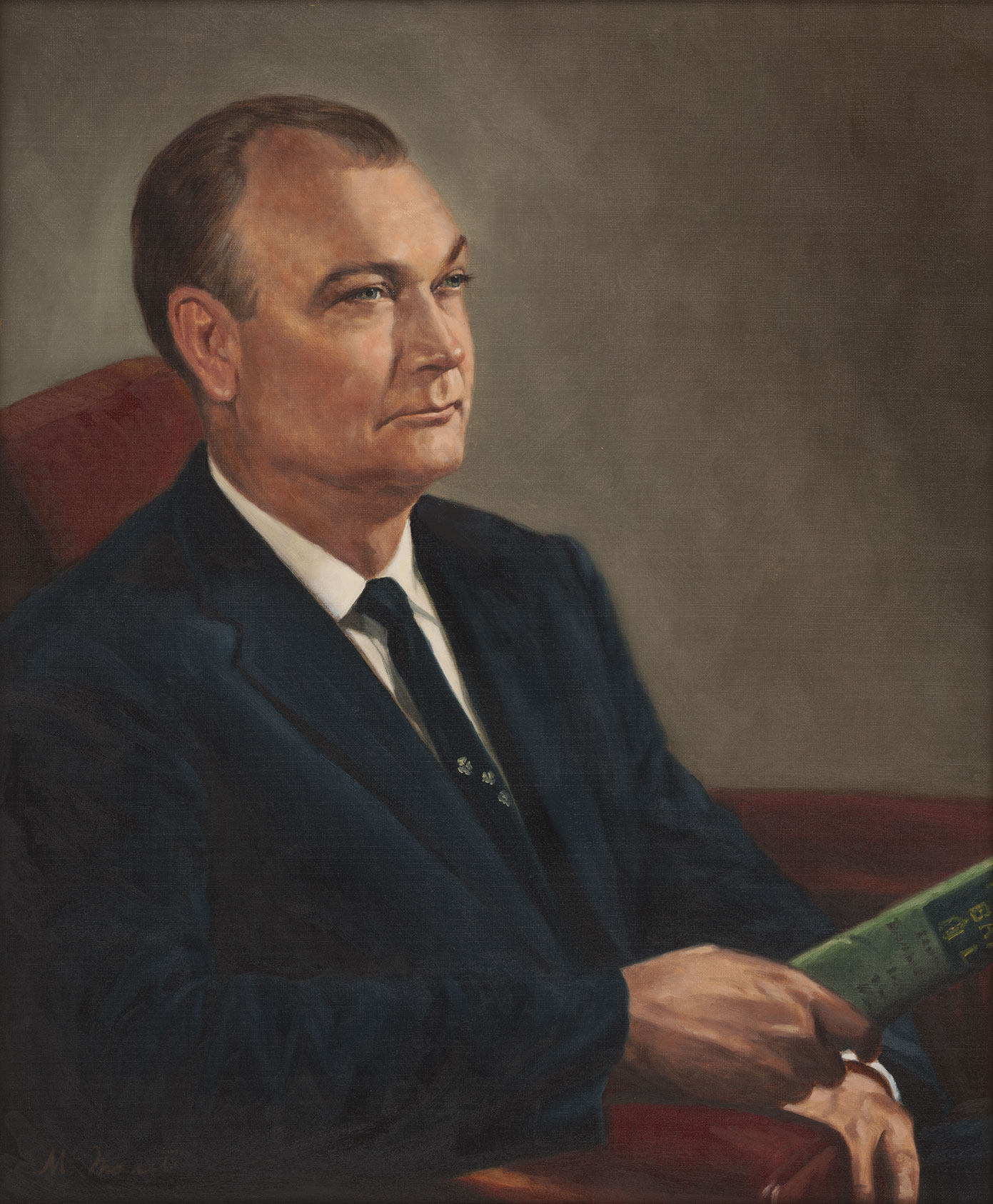 Preparations for Abner V. McCall's leadership of Baylor University began at the hands of capable instructors in the Masonic Home and School in Fort Worth where he and his two brothers and sisters grew up due to their father's death and mother's health.� A scholarship student, he earned a law degree from Baylor in 1938 and over the following decade, received two additional degrees, spent a brief period in private practice, and served three years with the FBI.� He returned to his alma mater in 1948 and for the next 11 years served as Dean of the School of Law (interrupted by a brief stint as an associate justice of the Supreme Court of Texas through appointment by Governor Allan Shivers) prior to being elevated to the position of Executive Vice President in 1959.

Enrollment when he took office was approximately 5,200 on the Waco campus, sufficient to make living conditions extremely crowded.� McCall began a vigorous campaign to create more space through the acquisition of land, construction of a residence hall, and library and science buildings.� In 1969, due to various circumstances related to the state's plans to build a medical facility in Houston, the University released the College of Medicine to allow it to seek government funds.� Two years later the College of Dentistry in Dallas was granted the same privilege. In November 1971, McCall underwent routine surgery, but because of complications he remained in the hospital for two months.� Fortunately, the able leadership of Executive Vice President Herbert H. Reynolds, who had joined McCall two years earlier, kept the “ship of state” on a steady course.

In 1975 as enrollment topped 8,625, McCall changed a long-standing policy of allowing students to live off-campus.� Previously, that benefit had only been available to males and junior and senior females.� Over the next three years, the University developed additional facilities, instituted a campus beautification program, established new student orientation programs, conducted a $100 million campaign to enhance annual operations and capital improvements, and won the Southwest Conference football crown, repeating its 1974 performance when it broke a 50-year drought in the Southwest Conference. McCall also served as president of the Baptist General Convention of Texas in 1964-65 and as vice president of the Southern Baptist Convention in 1979-1980.

By 1981, enrollment reached 10,125, endowment stood at about $82 million and total assets approached $200 million.� McCall had been associated with Baylor for nearly a half century, and he believed it to be time for new leadership.� The trustees named him Chancellor and selected Reynolds as his successor in perhaps the smoothest transfer of the presidency in the history of the institution.

McCall was born in June 8, 1915, and married Frances Bortle in 1940.� They had four children: Anne, Bette, Richard “Dick”, and Kathleen.� Frances died in 1969. McCall married Mary Wilson Russell, widow of classmate Lloyd Russell, at Christmas 1970, and her two daughters Linda and Nancy joined the family. Together they had nine grandchildren. �McCall died suddenly on June 11, 1995.