George Washington Baines took over the leadership reins of Baylor in July 1863, shortly after Rufus Burleson left to become president of Waco Classical School that would soon become Waco University. Born in North Carolina in 1809, the son and grandson of Baptist pastors, Baines arrived in Texas in 1850 via Georgia, Alabama, Arkansas, and Louisiana, preaching and teaching along the way as well as serving a brief stint as an Arkansas legislator.� A lifelong friend of Sam Houston, he played a major role in his conversion.

A former member of the Baylor Board of Trustees (1851-1859), Baines and his wife served a short time as house parents of the boarding house for the female division of the University.� He left his Baylor employment following Henry Graves' resignation as president and pastor of the Independence Baptist Church to replace Graves at the church.� A short time later, Baines accepted the editorship of the newly established denominational newspaper, the Texas Baptist.

Baines agreed to lead Baylor for a year while the trustees searched for a more suitable replacement for Burleson.� He did his best to recruit teachers and students, but with the Civil War on the horizon, he had little success. Records are unreliable as to the number of students enrolled, but at least 151 male students and several faculty left during the first year of the War to join the Confederate cause.� One coed wrote, “You can drive all across town and not see a single young man.”

During their initial year of search, the trustees had difficulty finding anyone to lead the financially-plagued university.� Therefore, as time drew near the end of Baines' commitment, they pleaded with him to remain.� He wanted relief from his duties because of his health and also because of the amount of time he was required to devote to teaching while also personally directing various University operations.� Even so, Baines agreed to stay if “we could employ a competent teacher to take charge of the primary classes, 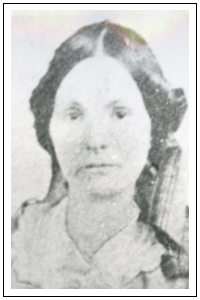 then I could hear recitations four hours, as it is usual in colleges, and have time for literary preparations�”

The trustees immediately found another teacher who was hired “with the provision that he is to look to the endowments and tuition for his salary.”� It would be a year of hardship for Baines though the trustees began corresponding with William Carey Crane about the job.� He spent most of his efforts trying to maintain the status quo, which unfortunately kept slipping downward with each day the War lingered. �After leaving the Baylor presidency, Baines pastored extensively and worked for the state convention.

George Washington Baines married Melissa Ann Butler in 1840.� They had ten children. She died shortly after the family left Independence. �President Graves officiated at his 1865 marriage to widow Cynthia Williams.� Baines died of malaria on December 28, 1882, in Belton.� His great grandson Lyndon Baines Johnson, 36th President of the United States, received an honorary doctorate from Baylor in 1965, and another great grandson Huffman Baines, Jr., served as a Baylor trustee.�