Born in Milledgeville, Georgia, during the Civil War, Samuel Palmer Brooks moved to Texas when he was five. In 1887, he entered Baylor's preparatory academy, graduating from the University when he was nearly 30. He earned another A.B. from Yale in 1894, and returned to Baylor to teach in 1897. Four years later, he went back to the Ivy League school to pursue a graduate degree. However, his acceptance of Baylor's helm permanently interrupted that objective.

When Brooks became president in 1902, Baylor was a university in name only, having fewer than 300 regular college students. As a result of the myriad of changes he initiated during the first two decades of his administration, the institution became a true university. His innovations included establishing Colleges of Medicine, Pharmacy, and Dentistry, and a Theological Seminary which later moved to Fort Worth and became Southwestern Baptist Theological Seminary. He also organized the College of Arts and Sciences and the Schools of Education, Music, Nursing, and Business, as well as the Medical Center in Dallas. Additionally, he reinstated the Law School that had been dormant since the move to Waco and led trustees to abolish the preparatory academy.

Brooks personally guided fund-raising activities that increased the University's endowment by a half million dollars. His efforts not only enhanced Baylor's financial strength but also its national reputation. Visibly active in denominational life, he served as president of the Baptist General Convention of Texas from 1914 to 1917 and vice president of the Southern Baptist Convention in 1910 and 1917. Enrollment approached 4,000 by the late 1920s.

Throughout his lengthy tenure, Brooks maintained an extraordinary relationship with the faculty, alumni and students, all of whom were extremely loyal to him. In the spring of 1931, during the last days of his life, Brooks attempted to affix his signature personally on all the diplomas of the graduating class. 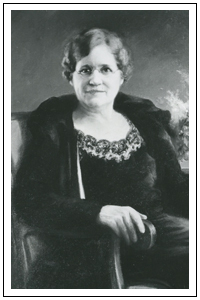 His spirit was willing to complete the task, but his body found it impossible to oblige. When he realized his life was losing its battle to cancer, his only regret was that “I shall never be able to stand before another Baylor student body.”

In his final hours, he asked his wife, “Will they really care when I am gone?” Mattie Brooks began to tell him of the great concern the people were manifesting in their letters, telegrams, and flowers. “No,” he interrupted, “will they care for Baylor?” Those who knew him believed that what he started would continue as long as men and women with the same ideals, the same vision, and the same determination remained part of the Baylor family.

Samuel Palmer Brooks was born on December 4, 1863, the son of Baptist pastor Samuel Erskine and Aurelia Elizabeth Palmer Brooks. He married Mattie Sims of Cleburne on December 24, 1895. They had two children�Aurelia Emma who was a member of Baylor's English faculty and Sims Palmer who was a Waco attorney. Brooks died in office on May 14, 1931.