About the Jennings Collection 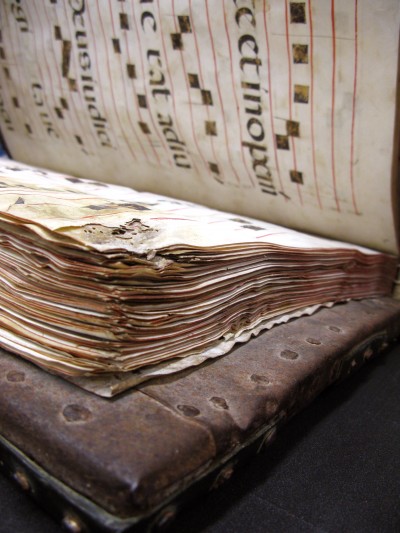 Dr. Roxy Harriette Grove (1889-1952), professor of piano and chair of the Baylor School of Music from 1926-1943, orchestrated the purchase of the collection in 1935, thanks to the generous gift of Mrs. J. W. Jennings of Brownwood, Texas. Some of the collection had been on display in the Spanish Building of the Chicago World's Fair in 1933. This small but impressive collection represents a general cross-section of the evolution of musical notation from the eleventh to the sixteenth century.

The Jennings Collection contains plainchants for the principal services of the western Christian rites: the Mass and the Divine Office. Chant notation appears in a variety of styles, Hufnagel and Beneventan among others. Much of the collection includes the square neumes and four-line staves that became standard in the late Middle Ages. Other parts of the collection contain two- or three-line staves. Some of the earlier manuscripts show nondiastematic, or staffless, neumes known as in campo aperto (in an open field). Still others demonstrate the use of dry-point lines scratched in the surface of the parchment, which function as the stave. 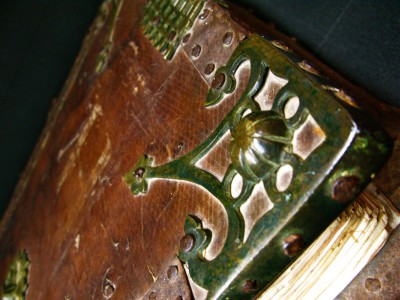 The Jennings Collection is equally treasured for its paleographic interest. Among the leaves of Latin liturgical texts one can find examples of Beneventan and Carolingian scripts and various Gothic bookhands. The exquisite work of scribes, rubricators, and illuminators abounds throughout the collection including decorative capitals, an occasional grotesque, and various types of initials: foliated, gold-leafed, geometric, inhabited. Manuscript preparation methods such as ruling (several styles) appear throughout the collection. In addition, the codices provide insight into two different binding styles among liturgical books. 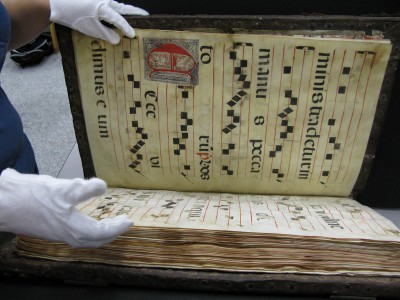 One of the items in the Jennings Collection (twelfth-century Beneventan manuscript) recently received attention from paleographists and medievalists from the Universita degli Studi di Cassino (Italy) and the Pontifical Institute for Mediaeval Studies (Toronto). Previously unknown to these Beneventan scholars, this manuscript has now been included in a bibliography of exant Beneventan chant, BMB: Bibliografia dei manoscritti in scrittura beneventana, published by the Universita degli Studi di Cassino.

View descriptions of items in the Jennings Collection