From January 12-15, students from fourteen of the best transactional law programs in the nation came to Waco to compete in the seventh annual edition of the country’s most challenging transactional law competition. 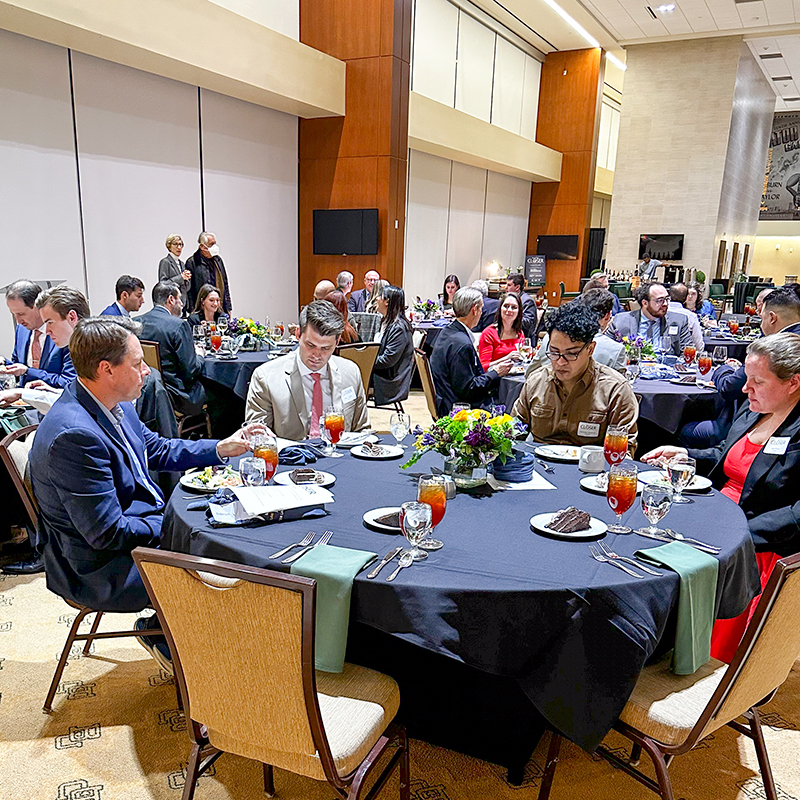 Competitors in The Closer National Transactional Law Competition enjoy dinner and fellowship at the Baylor Club on Thursday evening prior to the release of the deal information on Friday morning.

The Closer is distinct in numerous respects. Unlike other competitions, the teams do not have weeks to prepare, and each team has only one member, so there are no teammates to share the workload. The competitors have only 24 hours to digest their clients’ files, which contain realistic emails, phone notes, drafts, and research. The tight timeline forces competitors to identify the most critical legal issues and devise and negotiate solutions that best serve their client’s needs with the efficiency required of lawyers under realistic time constraints.

The annual competition is another example of Baylor Law’s commitment to providing practical legal education opportunities. As the host, Baylor does not field a team, but its students participate in organizing and hosting. All involved students experience a high-pressure environment and hands-on exposure to important aspects of transactional law: contract drafting and negotiation. 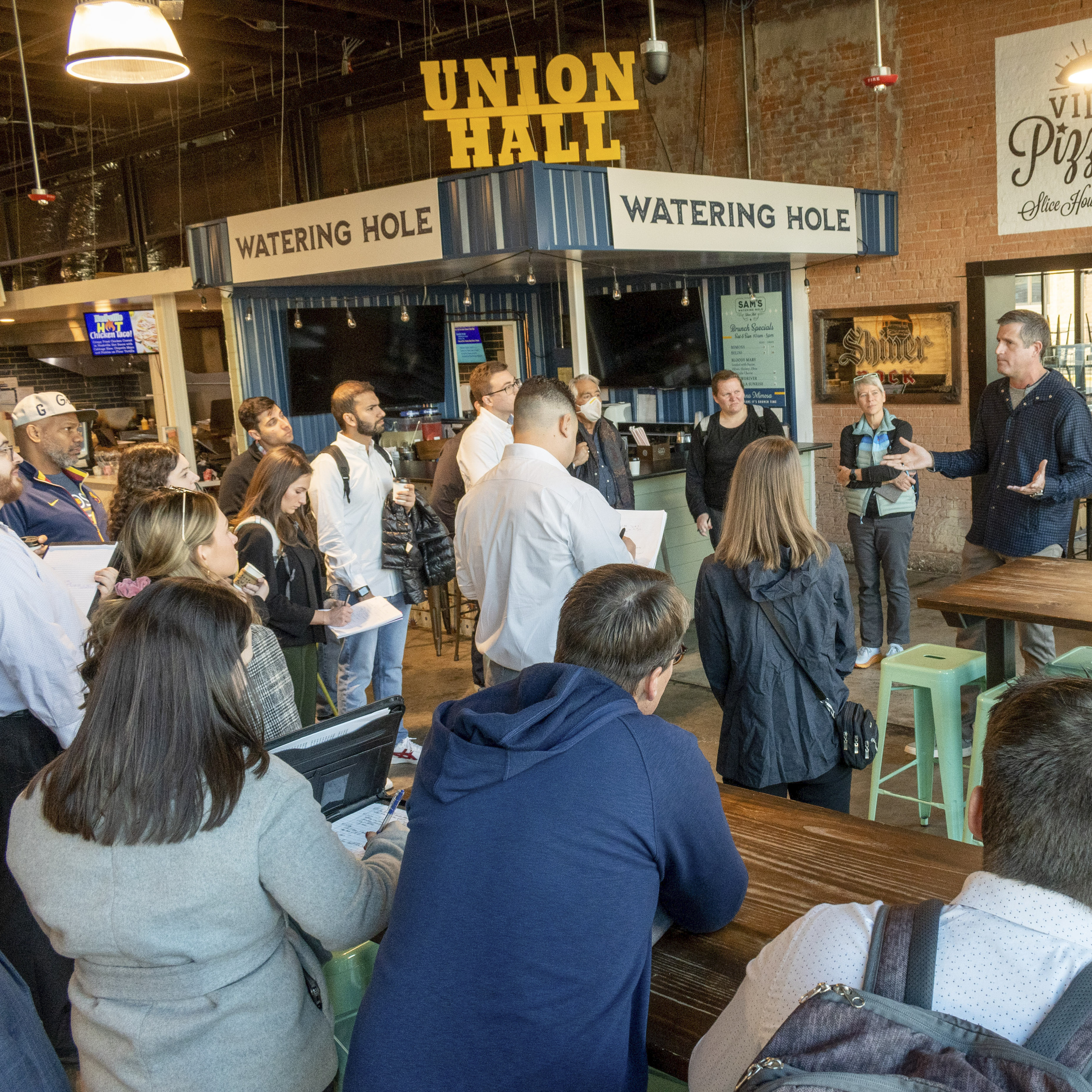 This year’s competition revolved around an Economic Development Agreement (EDA) between the City of Waco and the developer of an actual real estate development project in Waco. Building on the success of Union Hall, a popular downtown Waco food hall, Turner Brothers Real Estate is building a new food hall called Union Grove across town. The subject of the EDA is a fictional addition to Union Grove. These improvements include a pickleball court, outdoor restaurant, game room, and more. Competitors were randomly assigned to represent either the City of Waco or Turner Brothers Real Estate, and addressed issues like tax incentives, cost sharing, job creation, and construction timelines. Professor Beth Miller and Legal Writing Lecturer Kayla Landeros, former City Attorney for the City of Temple, teamed up to create this realistic EDA scenario. 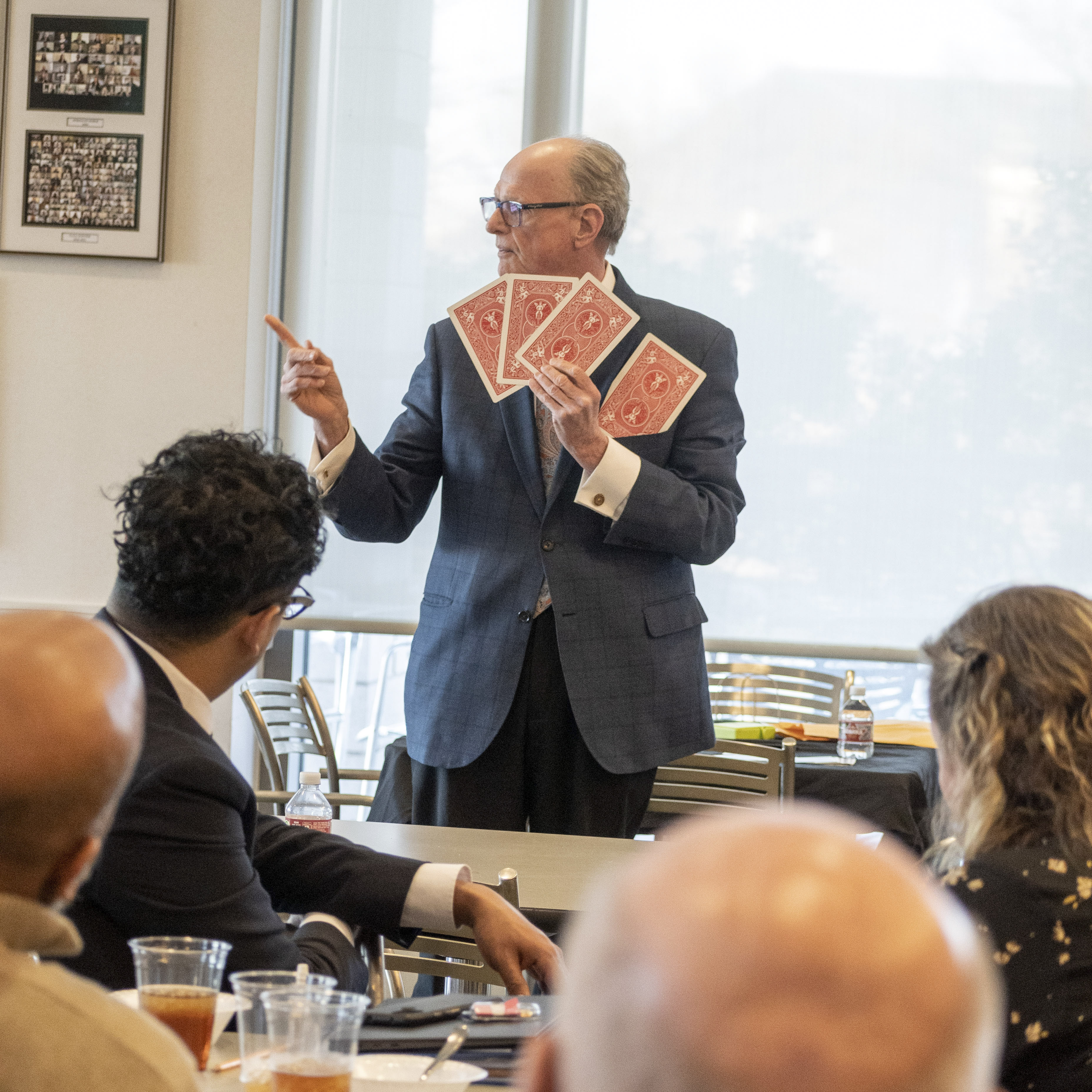 On Saturday, January 14, a mere 24 hours after the deal was revealed to the competitors, the first of four preliminary rounds of negotiations began. Through a series of 40-minute matches in front of experienced transactional lawyers, competitors were judged on their presence and professionalism, knowledge of legal and financial issues, and efficacy in finding creative solutions to reach an agreement that satisfied their client’s objectives while under strict time constraints. At the end of Saturday, the top four competitors on each side of the deal advanced to Sunday morning’s final round.

On Saturday evening, the four finalists were announced and immediately given a new wrinkle to add to their negotiations on Sunday morning. In the final round, the parties had decided to add a parking garage and retail space in the lot adjacent to Union Grove, forcing their lawyers to discuss the details of that project in connection with the existing agreement surrounding the improvements. On Sunday, after the final rounds, the best lawyer on each side won a $5,000 cash prize and bragging rights as “The Closer.”

“I am shocked and excited and honored,” stated winner Ryann Connell, after hearing that she had been selected as ‘The Closer,’ for her representation of Turner Brothers Real Estate. “The crop of finalists was so good this year, everyone was so deserving, and we all worked so hard.” Fellow winner of The Closer, Will Cowan added, “I loved negotiating against Ryann, who was on the other side of the negotiation. She did a wonderful job. As a competitor, I've been very impressed with this entire competition. It's definitely the best I've ever been to.”

Signature features of The Closer include an entertaining video to introduce the competitors and judges to the scenario, as well as a site visit to a location central to each year’s deal. This year’s site visit included a visit to Union Hall, a food hall located in the heart of Downtown Waco that attracts between 60,000 to 80,000 visitors every month.

Professor of Law Beth Miller, the M. Stephen and Alyce A. Beard Chair in Business and Transactional Law, and the mastermind behind The Closer, shared her thoughts about The Closer: “It is so much more than a competition. We know that business and transactional law students don’t have the same competition opportunities as students focused on litigation. We created The Closer as the premier opportunity for students interested in pursuing a transactional law practice to experience what actual practice is like and to hone their skills in that context.” She added, “We are always honored to host these incredibly talented students and to host law schools who share our philosophy and commitment to real-world, practical transactional law training.”

"The Closer is such an incredible event," noted Ryann's coach, Prof. Stacey Bowers, Director of the Corporate and Commercial Law Program at the University of Denver Sturm College of Law, adding, "I thank Beth and the Baylor Law team who put together this problem that has so much reality to it. They create opportunities for students that don't always exist. It means so much to be able to come to Baylor and for our students to experience something close to the real-world practice of law."

The Competitors in the 2023 The Closer National Transactional Law Competition

BAYLOR LAW SCHOOL SINCERELY APPRECIATES THOSE WHO INVESTED IN THE CLOSER 2023:


JUDGES SCORING THE FINAL ROUNDS WERE:


JUDGES SCORING THE PRELIMINARY ROUNDS WERE:


For more information about the competition, visit The Closer on Baylor Law's website, or contact competition planner Professor Elizabeth Miller.


ABOUT BAYLOR LAW
Established in 1857, Baylor University School of Law was one of the first law schools in Texas and one of the first west of the Mississippi River. Today, the school has more than 7,800 living alumni. It is accredited by the American Bar Association and is a member of the Association of American Law Schools. Baylor Law has a record of producing outstanding lawyers, many of whom decide upon a career in public service. The Law School boasts two governors, members or former members of the U.S. House of Representatives and the U.S. Senate, two former directors of the FBI, U.S. ambassadors, federal judges, justices of the Texas Supreme Court, and members of the Texas Legislature, among its notable alumni. In its law specialties rankings, U.S. News & World Report ranked Baylor Law’s trial advocacy program as one of the top 5 in the nation. Baylor Law is also ranked in the top 50 in the magazine’s 2019 edition of "America’s Best Graduate Schools." The National Jurist ranks Baylor Law as one of the "Best School for Practical Training," and in the top 15 "Best Law School Facilities" in the country. The Business Insider places Baylor Law among the top 50 law schools in the nation. Baylor Law received the 2015 American Bar Association Pro Bono Publico Award, making it only the third law school in the nation to be honored with the award since the award's inception in 1984. Learn more at baylor.edu/law