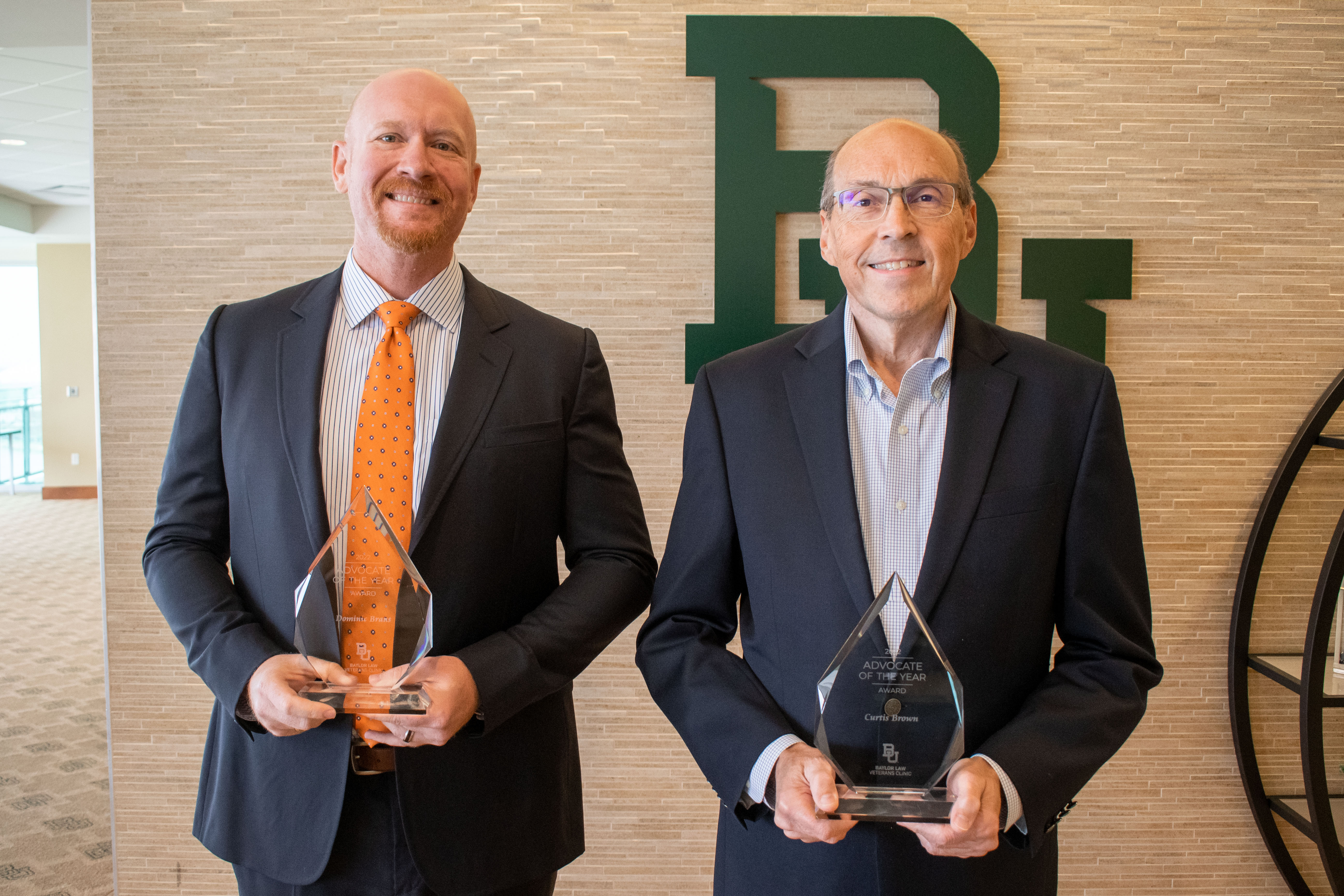 The annual award honors a lawyer or lawyers who go above and beyond in providing pro bono legal service to veterans and their spouses via the Baylor Law Veterans Clinic throughout the year.

Curtis Brown, a transactional attorney and mediator, was a founding partner of the Dallas law firm formerly known as Brown, Baskin, Bickel, and Brewer. In the past year, he accepted three probate cases on a pro bono basis. In each case, he represented the surviving spouse of a veteran, shepherding each client through an unfamiliar legal process as they grieved the loss of their spouse. Curtis earned his Juris Doctor from The University of Texas School of Law and completed international law courses at The University of Oxford and the London School of Economics. He has served on the Judiciary Committee of the Dallas Bar Association and the Board of Directors of the Waco Bar Association. He currently serves as a member of the Board of Directors and the Executive Committee of the Art Center of Waco.

Dominic Braus (JD ’09), a partner of the Carlson Law Firm, is Board Certified in Personal Injury Trial Law by the Texas Board of Legal Specialization. In 2018, he was named the Outstanding Young Lawyer of McLennan County and he currently serves on the City of Waco Plan Commission. Since 2017, he has been a dedicated volunteer at Baylor Law’s monthly legal advice clinics at the Heart of Texas Veterans One Stop, advising and counseling veterans and their spouses in civil litigation matters.

Since the clinic accepted its first clients in 2012, it has served over 2,000 local veterans and their spouses, and more than 300 Baylor Law students have volunteered. Since 2016, Josh Borderud (BA ’01, MA ’03, JD ’09) as Clinic Director, has worked in partnership with dozens of licensed volunteer attorneys who help to make the program possible.