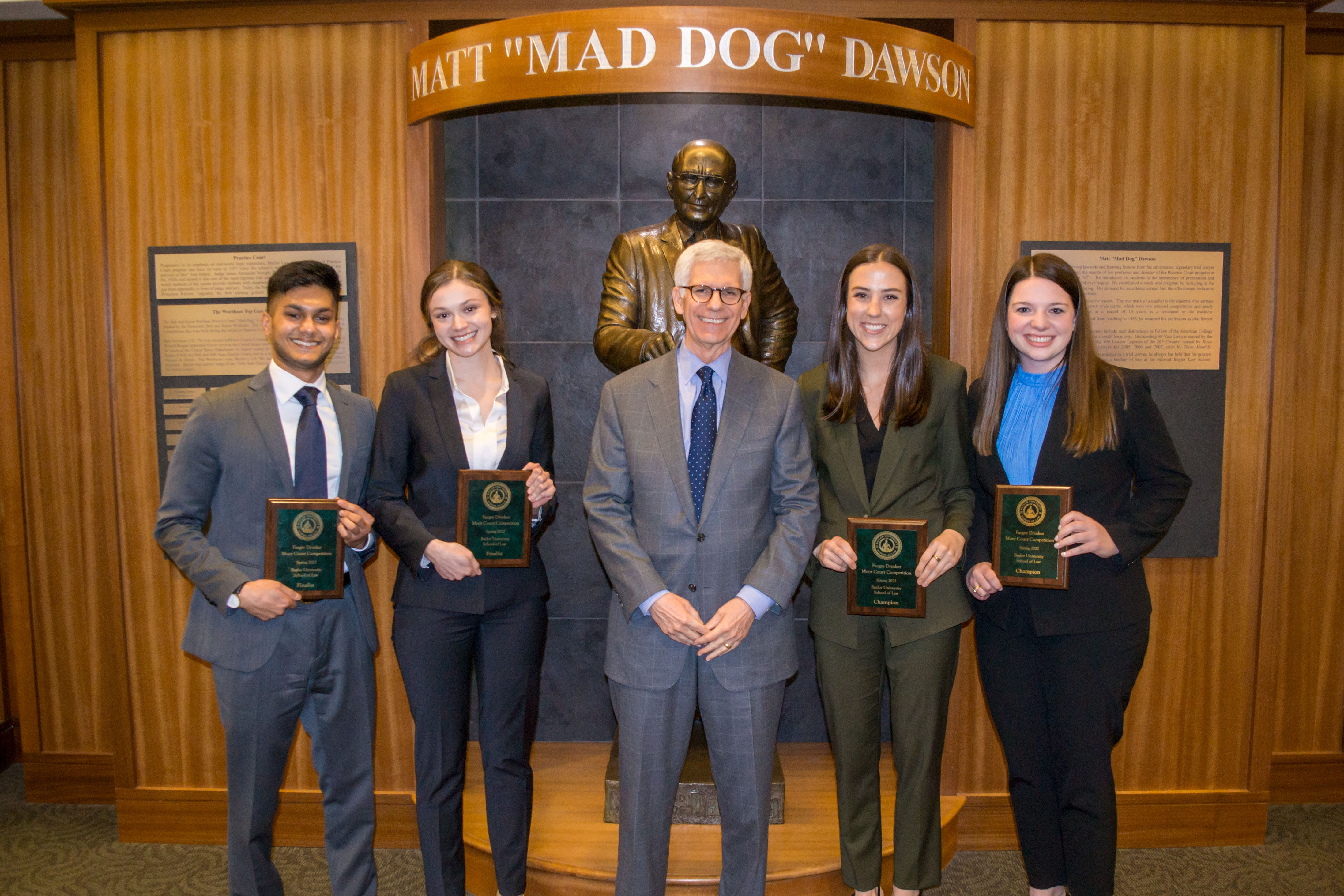 Baylor Law’s annual Faegre Drinker Spring Moot Court Competition ended on Monday, March 21, with students Lauren Leveno and Jamie Mills taking the top spots. This year’s finalists were Varun Reddy and Amber John. The four semi-finalists were Ally Brittain, Elena Folgueras, Jennifer Bloodworth, and Emily Duckworth. Eighty-four teams began the challenging competition on February 28, making it one of the largest tournaments ever held at Baylor Law. Students in Baylor Law’s Legal Analysis, Research, and Communication III (LARC 3) class are required to compete along with any other law students who wish to participate.

During the four days of preliminary rounds, the competition host, the Harvey M. Richey Moot Court Society, ran 42 head-to-head matches daily. The preliminary rounds required a total of 336 judges. Student barristers, faculty, and nearly 100 practicing Baylor Lawyers from around the state volunteered to serve as judges. 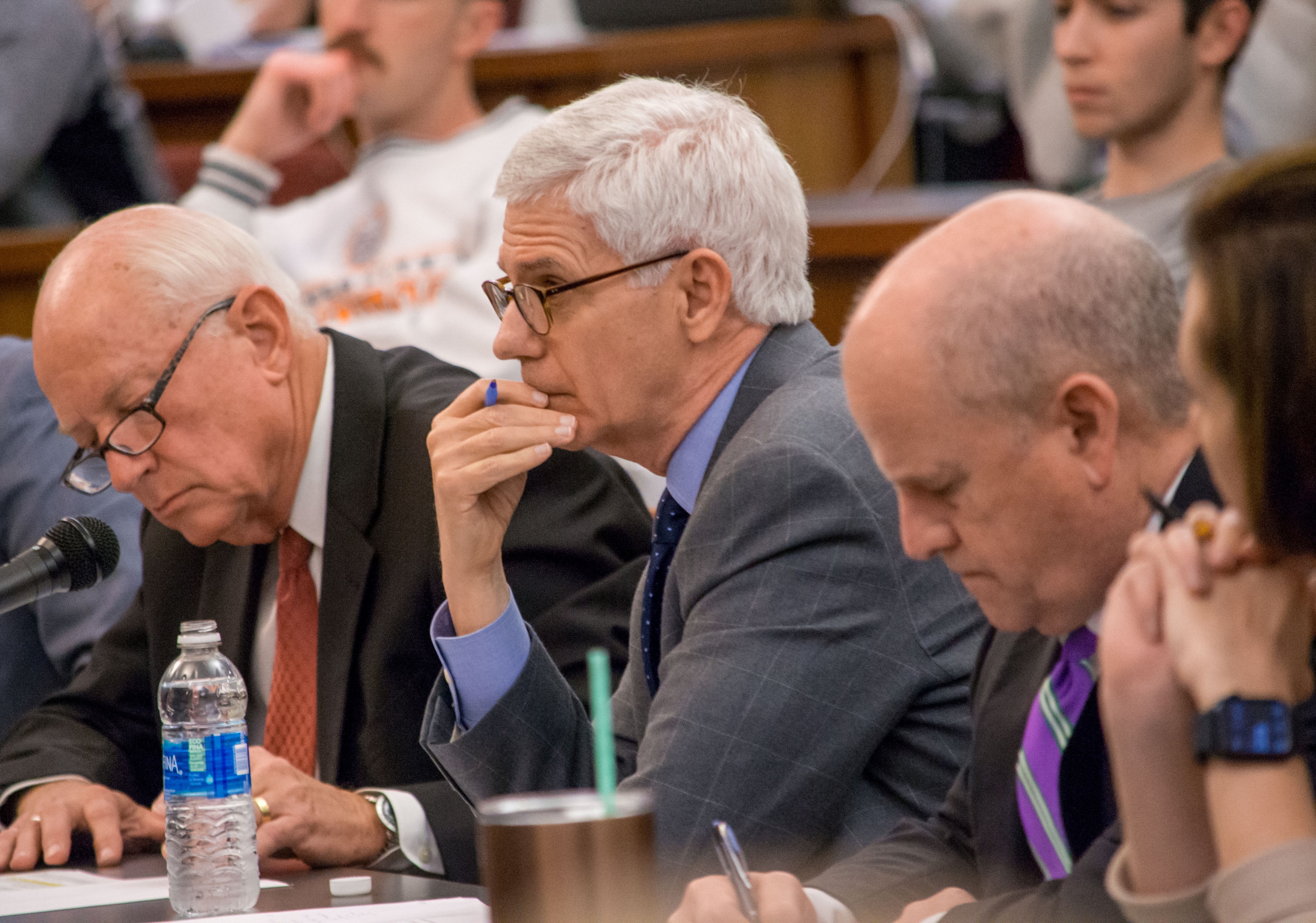 After the fourth day of preliminary rounds on March 3, the top 32 teams advanced to compete in a bracket-style, single-elimination tournament, culminating in the final round. A panel of practicing attorneys, Baylor Law professors, and previous winners of Baylor Law’s internal moot court competition judged the final round. W. Neil Rambin (JD '79), Senior Counsel with Faegre Drinker in Dallas, served as the Chief Justice.

The moot-court officers and LARC 3 faculty selected second-year student Jillian Ginger to receive the Harvey M. Richey Moot Court Society Professionalism Award. This award is not a regular feature of the competition and is only presented when a student demonstrates an exceptional act of professionalism in connection with the competition. 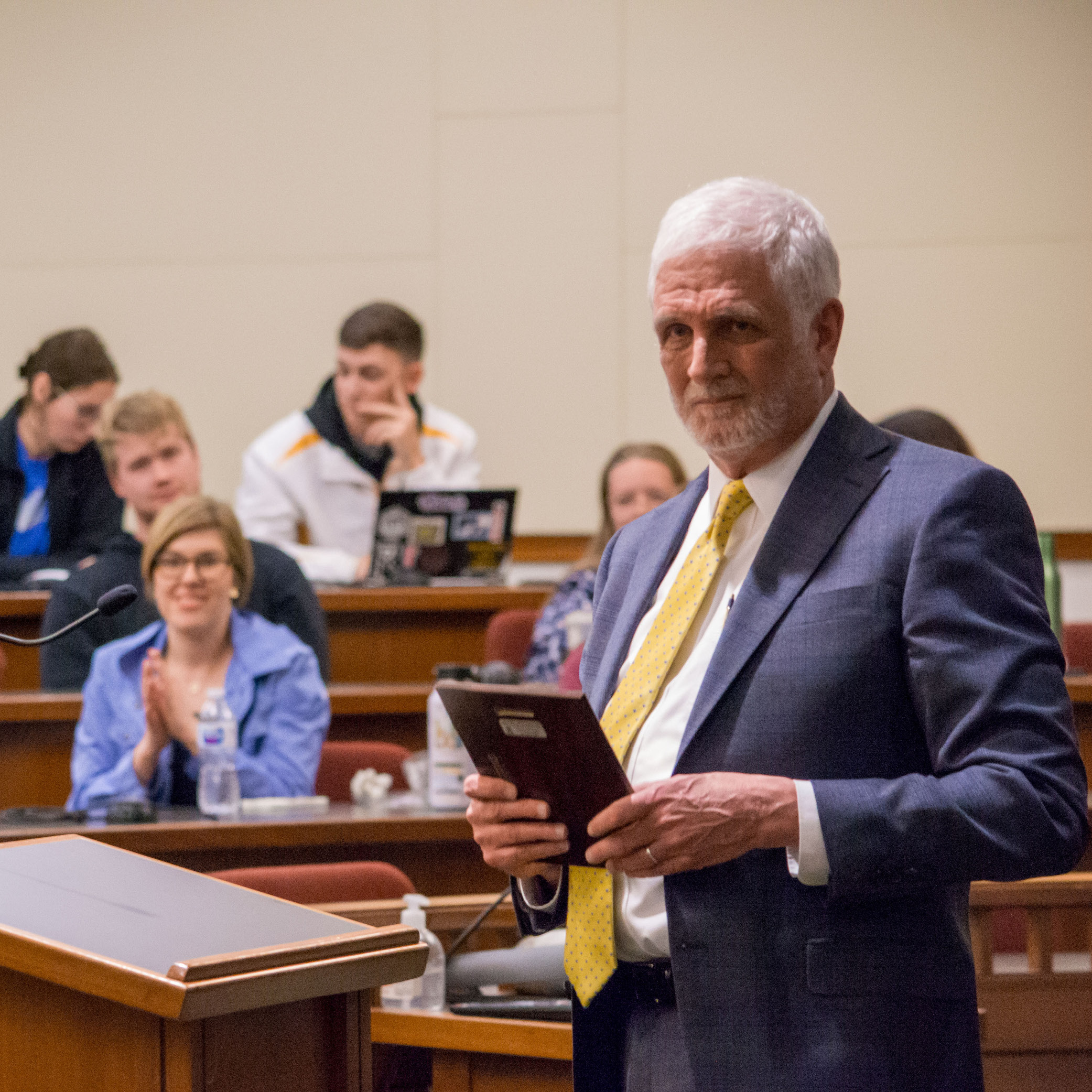 "This year’s finalists survived multiple preliminary and post-break rounds in a field of 84 teams," stated Legal Writing Lecturer Mike Berry, who oversees the Faegre Drinker Spring Moot Court Competition. "The competition was exceptionally challenging because of the unprecedented number of competitors. After completing the preliminary and first post-break rounds virtually on Zoom, the finalists had to switch gears and compete live before a packed classroom. They all displayed great poise, and I’m proud of how well they all did in their arguments."