September 15th marked the start of Hispanic Heritage month, a four-week cultural celebration that runs through October 15th. To celebrate, Baylor Law's Hispanic Law Student Association (HALSA) is hosting several events for the Baylor Law community to shed light on the contributions that the Hispanic and Latino cultures have brought to the United States. 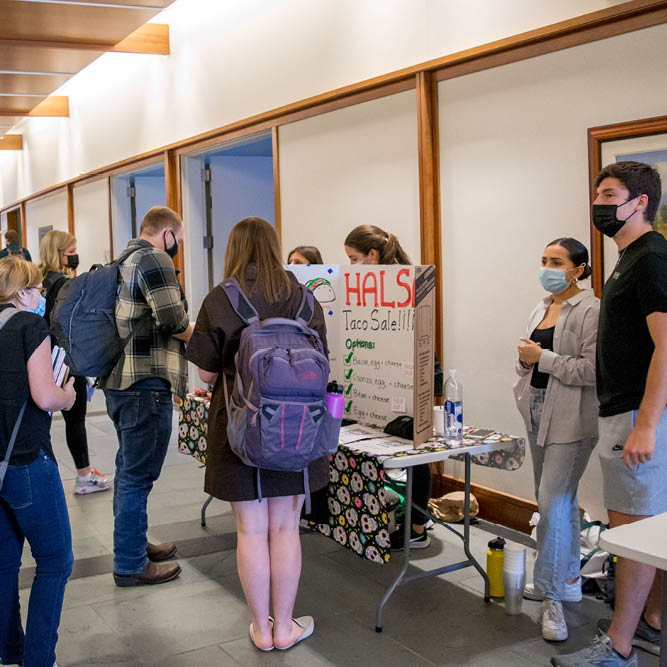 During Hispanic Heritage month, HALSA is holding a special book drive to benefit the students at Kendrick Elementary School in Waco, a predominantly Hispanic elementary school in the Waco ISD. HALSA members are asking the Baylor Law community for donations of multi-perspective books that stimulate young students' academic development and will be collecting books outside the student lounge from September 20th - 24th.

HALSA's plans for involvement with the young students at Kendrick go beyond a book drive, however. "As law students, we are uniquely positioned to inspire young, socioeconomically disadvantaged children to pursue education and higher learning," noted HALSA's current President, Alexa de la Vega. "We want to provide mentorship and be an example of what Hispanic learners can achieve," she added. Almost 79% of Kendrick's students identify as Hispanic, and more than 35% are English language learners.

Baylor Law's HALSA exists to promote the professional needs and goals of Hispanic law students, to instill in the Hispanic law student a greater awareness of commitment to the needs of the Hispanic-American community, and to foster and encourage the advancement of Hispanic students in the pursuit of law. Baylor Law students interested in joining HALSA or assisting with their Hispanic Heritage Month book drive can contact Alexa de la Vega at alexa_delavega1@baylor.edu.