Members of Baylor Law’s Black Law Student Association along with fellow students, faculty, and staff celebrated Juneteenth with an informal gathering and information sharing session on Friday, June 18, 2021. This year’s celebration took on added significance with this week’s addition of Juneteenth to the slate of U.S. holidays. 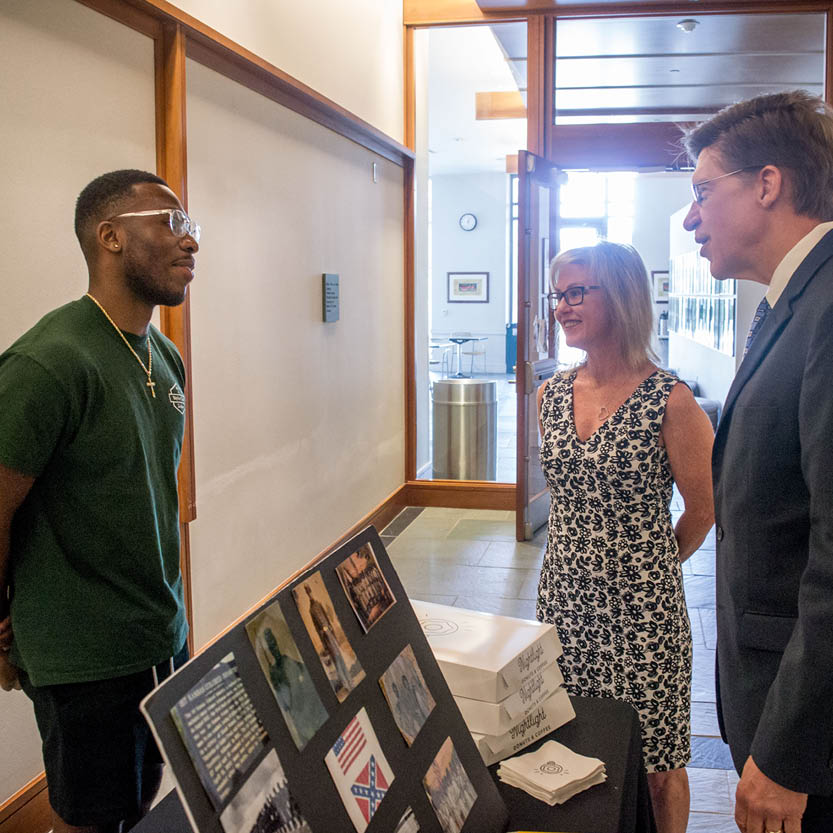 Juneteenth celebrates the June 19, 1865 announcement of the abolition of slavery in Texas. On September 22, 1862, President Abraham Lincoln issued the Emancipation Proclamation declaring that all slaves in the Confederate States of America were to be freed on January 1, 1863. Texas, however, remained a holdout state for slavery, and many slaveholders from other confederate states had moved to Texas to avoid the Union army’s reach. On June 19 in Galveston, Texas, Union Army General Gordon Granger announced General Orders #3: the total emancipation of all slaves in the state.

“It’s important that we remember Juneteenth because it’s an important part of who we are as Americans, especially as Black Americans in this system,” stated BLSA representative Vinny Clark (2Q). Fellow Representative Will Onyeike (4Q) added, “Here at Baylor we try hard to embrace everyone as one community so it’s important to share [information about Juneteenth] with people who might be unaware of its importance. It might not be as well known as Memorial Day or July 4th, but it still holds the same historical relevance for our country, especially in the Black community.”