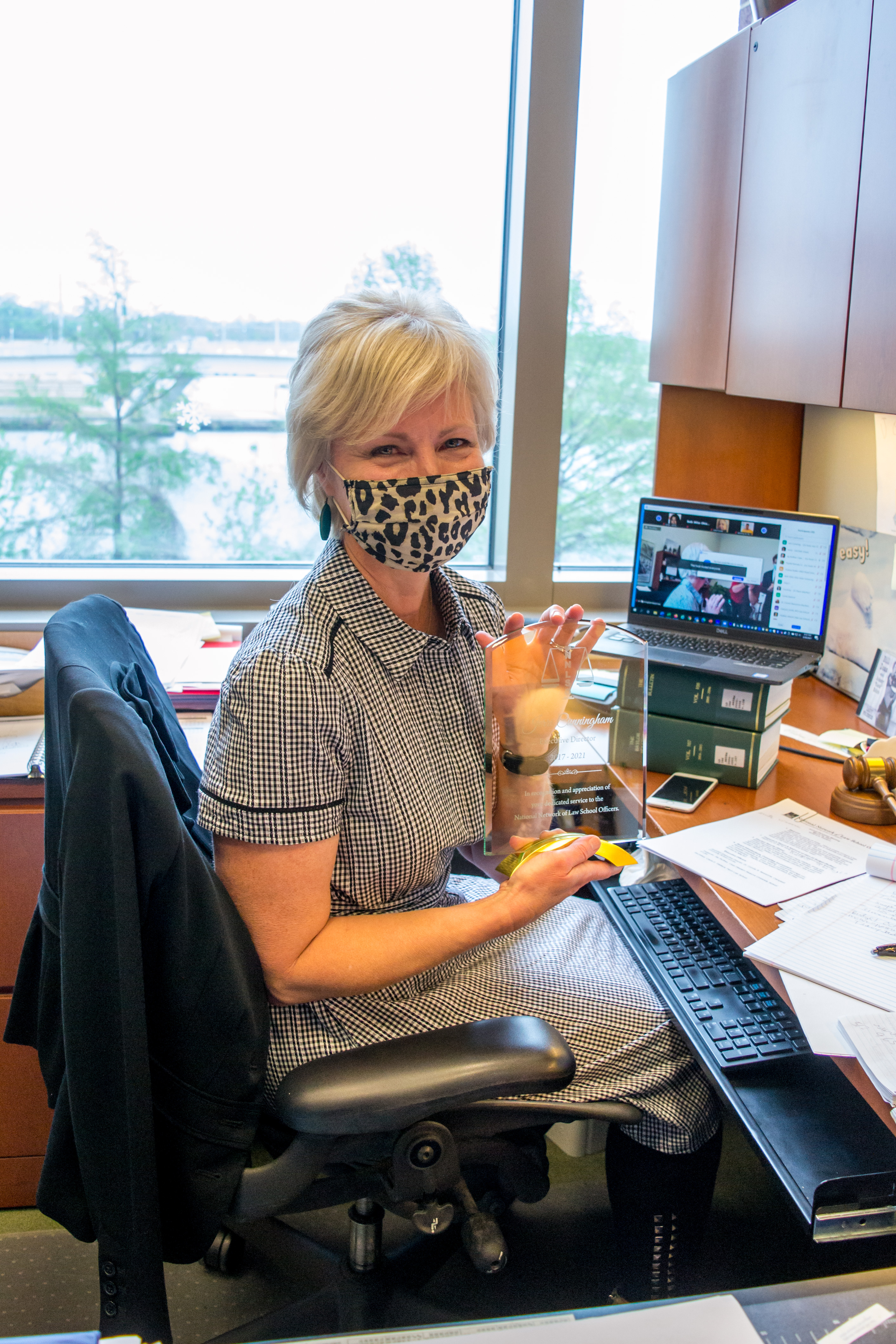 Registrar Jerri Cunningham, after receiving her recognition from the NNLSO.

“I have had the privilege of working with Jerri for 33 years. She is the embodiment of work ethic, leadership, people skills, and commitment to every institution that she serves,” stated Dean Brad Toben during the recognition ceremony.

In addition to her work with the NNLSO, Jerri volunteers for the Christian Women’s Job Corp of Waco, a faith-based organization that provides free job training and GED classes designed to empower women and foster spiritual, personal, and professional growth.

The NNLSO is a nonprofit, professional organization designed for the educational and professional development of all law school officers. Over 100 of the nation’s top law schools are members of the NNLSO.