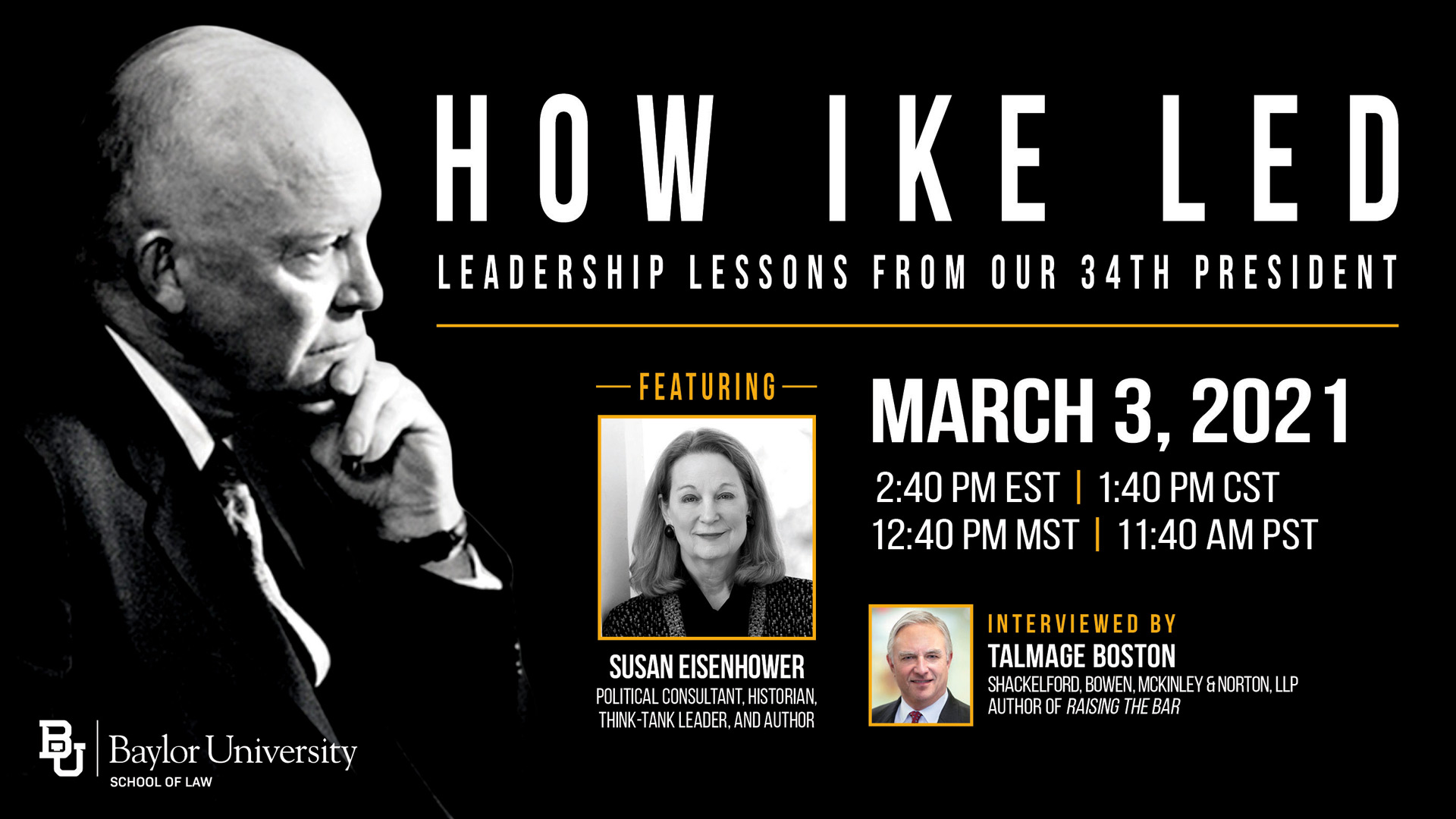 Renowned author, speaker, policy analyst, and granddaughter of President Dwight D. Eisenhower, Susan Eisenhower, will share her insight on the principles behind the decision-making process of one of America’s greatest leaders on Friday March 3 at 1:40pm (CST) at Baylor Law. Ms. Eisenhower will be Interviewed by renowned attorney and author Talmage Boston, during this free, virtual event.

For additional information about the event, visit https://www.baylor.edu/law/index.php?id=976513.

Ms. Eisenhower has done extensive work in executive training on strategic leadership. She has spoken on this subject in many corporate venues, as well as at such distinguished institutions as the United States Military Academy at West Point, the Foreign Policy Association in New York, the Army War College - Carlisle, Sandia National Laboratory, MIT, and Australia’s Science and Technology Organization, which is part of the Australian Ministry of Defence. Eisenhower holds a year-long seminar on strategy for competitively selected students at the Eisenhower Institute of Gettysburg College.

Talmage Boston, author of Cross-Examining History: A Lawyer gets Answers from the Experts about our Presidents, maintains his full-time law practice as a commercial litigator in Dallas, Texas. He is a partner at Shackelford, Bowen, McKinley & Norton, LLP and has been recognized in Texas Monthly magazine as a “Texas Super Lawyer” every year since 2003 and named among the “Best Lawyers in America” since 2013.

Baylor Law is unique among law schools with its intentional focus on developing lawyer-leaders and has recently hosted several special presentations and interviews as part of its pioneering Leadership Development program.