Unique to Baylor Law, the Criminal Law Boot Camp is led by award-winning prosecutor and author Richard Alpert. Alpert has trained thousands of lawyers, judges, expert witnesses, and others on the intricacies of successfully litigating criminal cases. 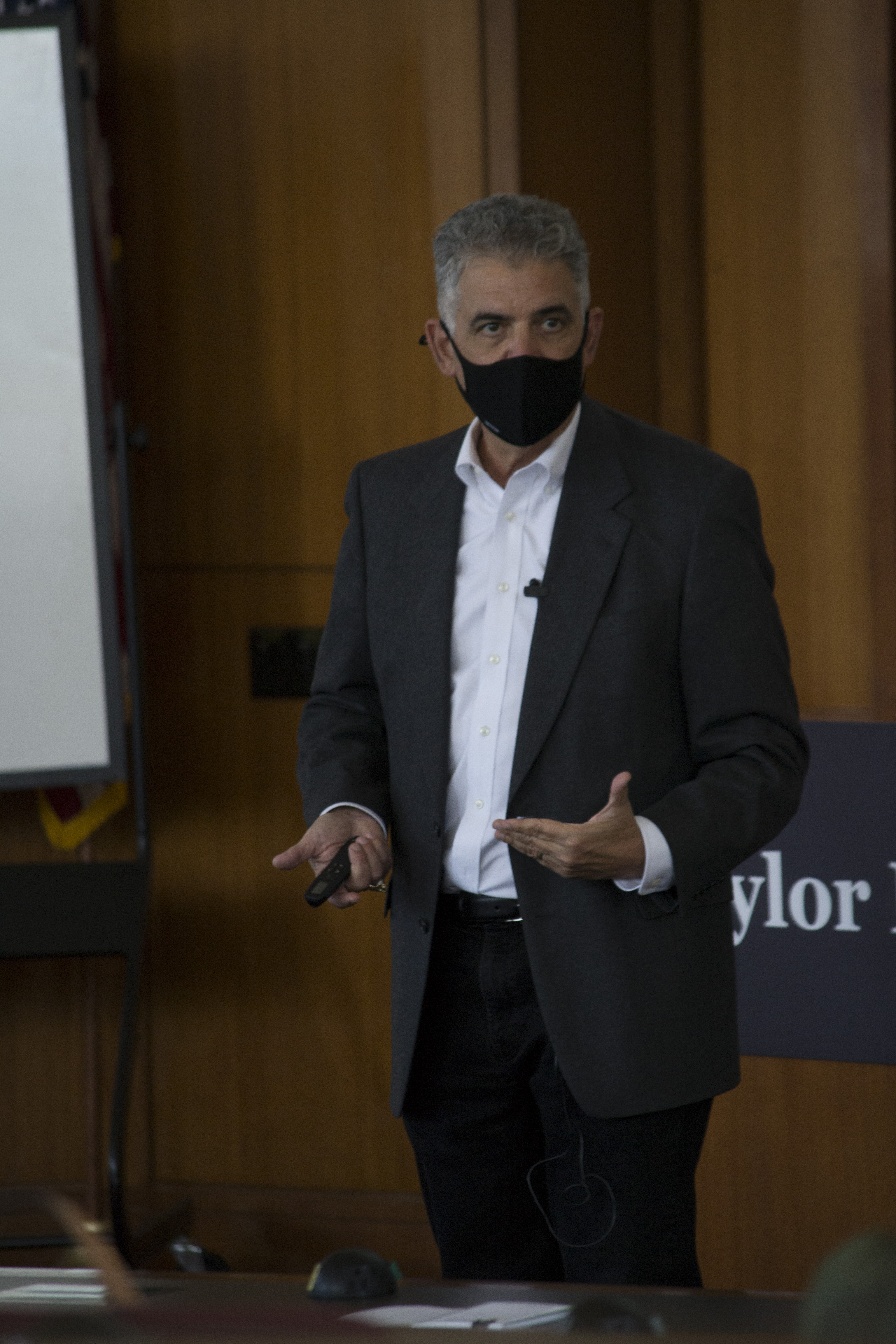 A recent addition to Baylor Law’s advocacy program, the Boot Camp is limited to just 16 students. Student demand was so great that a second Boot Camp is now offered annually. In addition to deep dives into jury selection, punishment evidence, and how to construct and deliver an effective guilt/innocence closing argument, students also learn about ethical issues related to criminal practice from both the state and the defense perspectives.

“The goal of the Baylor Criminal Boot Camp is to expose students who have an interest in practicing criminal law upon graduation to the legal, practical and philosophical challenges faced by prosecutors and defense attorneys in criminal practice in Texas,” stated the Boot Camp founder Richard Alpert. He added, “Participants learn how to evaluate and litigate a criminal case with input from a dozen faculty members who volunteer their time to educate and mentor the student participants.”

In the fictitious case used during the Boot Camp, State of Texas v. Glen Alex Cobb, the Defendant is charged with Murder. He is accused of shooting a homeless man who confronted him in, and outside of, a convenience store. The Defense is claiming self-defense.

Students learned from the combined experience of a dozen current and retired prosecutors, criminal defense lawyers, and judges, including:

In addition to the scheduled speakers, on Saturday Jarvis Parsons, the District Attorney for Brazos County, made a surprise visit to the Boot Camp. Mr. Parsons spoke to the Boot Camp participants about why he became a prosecutor, why he loves the job, and passionately encouraged attendees to seriously consider a career in prosecution. Mr. Parsons is a former president of the Texas District and County Attorney's Association, and in 2019, the State Bar of Texas selected him as the Prosecutor of the Year.

Due to increased student demand for the Criminal Law Boot Camp, plans are underway to add a third Boot Camp each year starting in 2021.

Established in 1857, Baylor University School of Law was one of the first law schools in Texas and one of the first west of the Mississippi River. Accredited by the American Bar Association and a member of the Association of American Law Schools, Baylor Law has more than 7,600 living alumni and a record of producing outstanding lawyers, many of whom decide upon a career in public service. The Law School boasts among its notable alumni two governors, members or former members of the U.S. House of Representatives and the U.S. Senate, two former directors of the FBI, U.S. ambassadors, federal judges, justices of the Texas Supreme Court and members of the Texas Legislature. In its law specialties rankings, U.S. News & World Report ranks Baylor Law’s trial advocacy program as among the best in the nation at No. 2, while the Law School is ranked in the Top 50 of the 2021 edition of “Best Graduate Schools.” The National Jurist ranks Baylor Law as one of the “Best School for Practical Training,” and in the top 15 “Best Law School Facilities” in the country. The Business Insider places Baylor Law among the top 50 law schools in the nation. Baylor Law received the 2015 American Bar Association Pro Bono Publico Award, making it only the third law school in the nation to be honored with the award since the award’s inception in 1984. Learn more at baylor.edu/law