Baylor Law is pleased to announce the winners of the 2020 Ultimate Writer Legal Writing Competition: 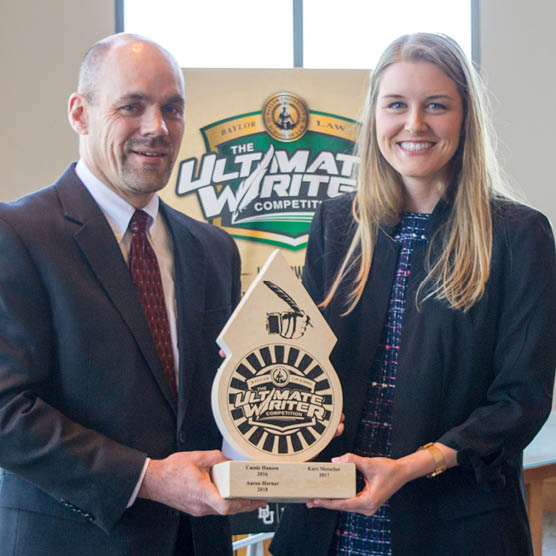 Austin native Christina Rosendahl, winner of the 2020 Ultimate Writer admitted that while taking on the additional work of the competition was hard work, she doesn't regret the time. "This competition is unique, with just a one week time period, and it being a closed problem, it was a creative, fun way that let you hone in on the writing itself," and added, "it was relevant given the technology aspect and how technology has outpaced the law."

Focusing on a complex scenario ripped from current legal headlines, the competition was designed to test contestants' abilities to review a packet of materials and draft a real-world document. This year, competitors were challenged to draft a response to a motion to compel which was filed by the United States in a criminal action pending in federal court. The government specifically requested the defendant unlock his personal cell phone using "any biometric method applicable to the phone," including fingerprint or facial recognition. Competitors wrote arguments that requiring the defendant to unlock the phone would violate his Fifth Amendment rights against self-incrimination. Around the country, judges have split on the legality of forcing suspects to open their phones with biometric identifiers, and it's near-certain that the U.S. Supreme Court will have to weigh-in on the issue soon. 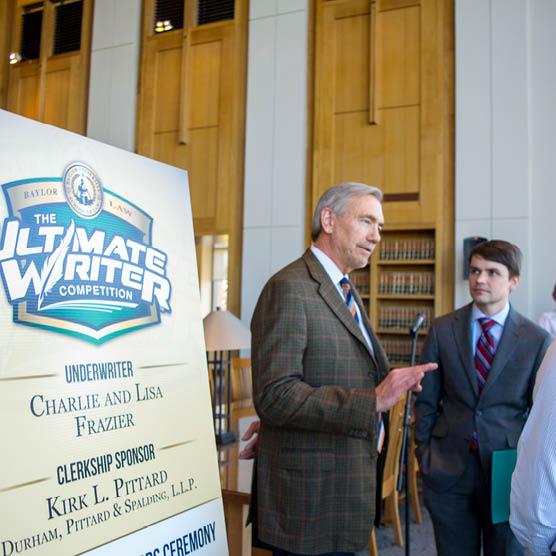 Competition Sponsor, Charlie Frazier, Speaks with Baylor Law Students After the Announcement of the Winners of the 2020 Ultimate Writer Competition.

"We wanted to make this year's competition both challenging and timely," stated Director of Baylor Law's Legal Writing Center and Professor of Law Matt Cordon. "Not only did our competitors have a limited time to prepare their motions, but they were also prohibited from using third-party research. Even with these restrictions the quality of the submissions was fantastic. This competition was not easy to judge."

Charlie (JD '86) and Lisa Frazier have graciously underwritten the competition since its inception. "Writing has changed," stated Charlie Frazier, "The need to be succinct, well organized, and to have the presentation be visually appropriate and readable is much more important than ever before… whether it's transactional or litigation, judges will tell you that effective writing is critical." 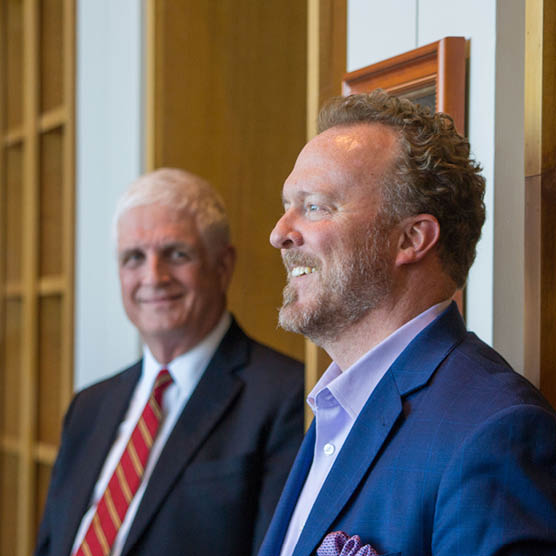