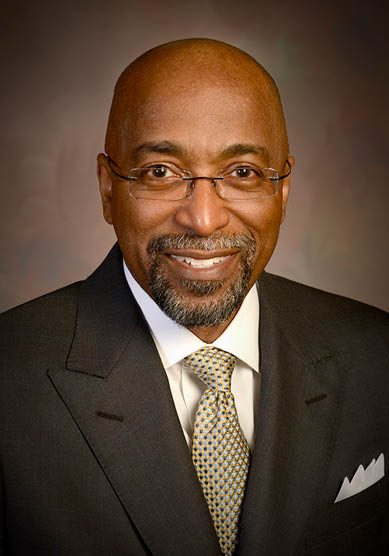 Baylor Law is honored to welcome the Honorable Maurice B Foley, Chief Judge, US Tax Court. Foley will be speaking at Baylor Law’s award-winning professional development program on the importance of lawyers embracing the role of servant leadership on Tuesday, February 11th at 4pm in the Kronzer Courtroom, Room 127. Foley will highlight to Baylor Law students the important role lawyers play in the everyday lives of their clients and communities and emphasize the need to be difference-makers and leaders no matter where their legal career ultimately takes them.

Foley received a Bachelor of Arts degree from Swarthmore College, a Juris Doctor from Boalt Hall School of Law at the University of California, Berkeley, and a Masters of Law degree in Taxation from Georgetown University Law Center. Prior to his appointment to the U.S. Tax Court, he was an attorney for the Legislation and Regulations Division of the Internal Revenue Service, Tax Counsel for the United States Senate Committee on Finance, and Deputy Tax Legislative Counsel in the U.S. Treasury's Office of Tax Policy. Foley also serves an adjunct professor at both the University of Colorado and University of Baltimore Schools of Law.

“At Baylor Law we strive to ensure that our students graduate with an understanding of their professional obligation to protect our system of justice and to seek and accept leadership positions within their communities,” stated Associate Dean Leah Teague who added, “it is an honor to have Chief Judge Foley come and reiterate these same themes to our future Baylor Lawyers.”

ABOUT BAYLOR LAW
Established in 1857, Baylor Law was one of the first law schools in Texas and one of the first west of the Mississippi River. Today, the school has more than 7,600 living alumni. Accredited by the American Bar Association and a member of the Association of American Law Schools, Baylor Law has a record of producing outstanding lawyers, many of whom decide upon a career in public service. Baylor Law boasts among its notable alumni two governors, members or former members of the U.S. House of Representatives and the U.S. Senate, two former directors of the FBI, U.S. ambassadors, federal judges, justices of the Texas Supreme Court and members of the Texas Legislature. In its law specialties rankings, U.S. News & World Report ranked Baylor Law’s trial advocacy program as among the best in the nation at No. 2. Baylor Law School also is ranked No. 48 in the magazine’s 2020 edition of “America’s Best Graduate Schools.” The National Jurist ranks Baylor Law as one of the “Best School for Practical Training” and No. 4 in the nation in its most recent “Best Law School Facilities” listing. Business Insider places Baylor Law among the top 50 law schools in the nation. Baylor Law School received the 2015 American Bar Association Pro Bono Publico Award, making it only the third law school in the nation to be honored with the award since its inception in 1984. Learn more at baylor.edu/law