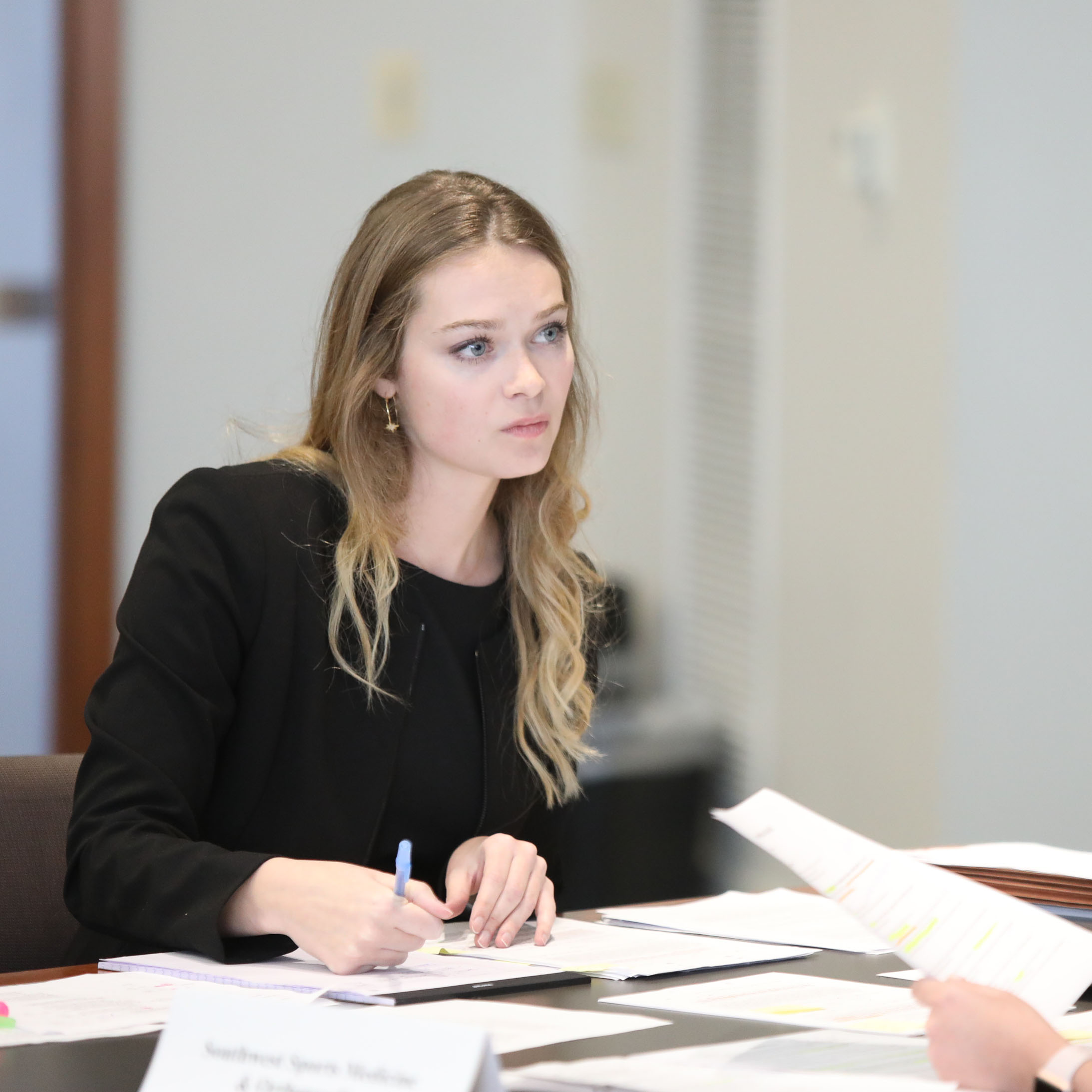 The Closer is a highly-selective competition with invitations extended to law schools whose programming demonstrates a commitment to excellence in practical transactional law training. At stake in the competition is the chance to win one of two $5,000 top prizes and bragging rights as a top closer. The annual competition, another example of Baylor Law's commitment to provide practical opportunities for legal education, provides a high-pressure environment and hands-on exposure to one of the most important aspects of transactional law: contract drafting and negotiation. As the host, Baylor Law does not field a team.

The Closer is unlike any other transactional law competition. The deal that the participants negotiate is disclosed to the competitors less than twenty-four hours prior to the first round of negotiations. The tight timeline forces competitors to identify the most important legal issues and devise and negotiate solutions that best serve their client's needs with the efficiency required of lawyers under realistic time constraints.

The Deal Is Hypothetical – The Participants Are Real 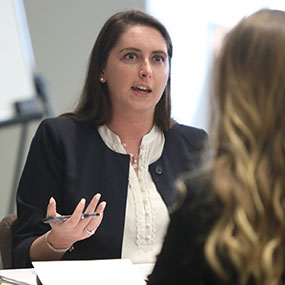 In this year's competition, participants negotiated a fictional health care joint venture between two prominent names in health care in Central Texas —Baylor Scott &White Medical Center—Hillcrest, a general acute care hospital, and Southwest Sports Medicine & Orthopaedics, a physician practice dedicated to meeting the needs of athletes and active adults of all ages. The fictitious transaction required competitors to deal with challenging issues relating to the structure and governance of the joint venture as they sought to satisfy the goals and objectives of their clients while navigating health care laws and other legal and tax issues. At the center of the transaction involved in the 2020 competition sat a newly constructed $50 million sports medicine and orthopedic complex adjacent to the Hillcrest campus of Baylor Scott &White Medical Center. During the competition, participants made a site visit to the new facility, which has not yet opened to the public, and learned about its state-of-the-art features.

Through a series of 40-minute rounds of negotiations in front of experienced transactional lawyers, competitors are judged on their knowledge of legal and financial issues, presence and professionalism, and their ability to find creative solutions to reach an agreement that satisfies their client's objectives while under strict time constraints. Keeping pressure on the competitors, 'breaking developments' and new information from their clients are introduced to the finalists on the night before the final rounds.


Closing the Deal – Under Pressure


Carolyn Griffith from Indiana University Maurer School of Law, was awarded one of the $5,000 prizes for best representing the interests of Baylor Scott & White Medical Center – Hillcrest, and Allyson Fleming from The Ohio State University Michael E. Moritz College of Law was awarded the other $5,000 prize for best representing Southwest Sports Medicine & Orthopaedics.

"We host our own internal competition, and rest assured we will be changing much of the model to reflect the Baylor way. The attention to detail, thoroughly challenging nature of the problem, and unique Baylor hospitality made the Closer a phenomenal competition," remarked co-winner Carolyn Griffith. "Winning the Closer will be a highlight of my time in law school [...] winning affirmed my pursuit of a transactional practice after I graduate. I am more confident in this decision after having the opportunity to push myself in my understanding of a complex body of law to represent a client well in negotiations," Griffith added.


JUDGES SCORING THE FINAL ROUNDS WERE:

Judges for the final round of The Closer 2020 listen intently during the final rounds of the competition.
Left to Right: Greg Looser, Wendi Rogaliner, Martha Agee, Andy Meyercord, Steve Bolden


BAYLOR LAW SCHOOL SINCERELY APPRECIATES THOSE WHO INVESTED IN THE CLOSER:


For more information about the competition, visit The Closer on Baylor Law's website, or contact Professor Elizabeth Miller.

Established in 1857, Baylor Law was one of the first law schools in Texas and one of the first west of the Mississippi River. Today, the school has more than 7,500 living alumni. It is accredited by the American Bar Association and is a member of the Association of American Law Schools. Baylor Law has a record of producing outstanding lawyers, many of whom decide upon a career in public service. Baylor Law boasts two governors, members or former members of the U.S. House of Representatives and the U.S. Senate, two former directors of the FBI, U.S. ambassadors, federal judges, justices of the Texas Supreme Court and members of the Texas Legislature among its notable alumni. In its law specialties rankings, U.S. News & World Report ranked Baylor Law's trial advocacy program as one of the top 5 in the nation. Baylor Law School is also ranked #50 in the magazine's 2019 edition of "America's Best Graduate Schools." The National Jurist ranks Baylor Law as one of the "Best School for Practical Training," and #4 in the nation in its most recent "Best Law School Facilities" listing. The Business Insider places Baylor Law among the top 50 law schools in the nation. Baylor Law School received the 2015 American Bar Association Pro Bono Publico Award, making it only the third law school in the nation to be honored with the award since the award's inception in 1984. Learn more at baylor.edu/law