Over 1 ton of trash removed from streets of Waco.

Members of the Incoming Class of 2022 Work with Keep Waco Beautiful to Remove Trash From the Streets and Medians Near the Martin Luther King Jr. Community Clinic

On Friday, August 23, more than 100 incoming Baylor Law students volunteered with local multiple local nonprofits throughout the Waco area. A group of 60 students volunteered with Keep Waco Beautiful at the Martin Luther King Jr. Community Clinic. In soaring heat that reached to over 100 degrees, these Baylor Law students completed their law school orientation activities by cleaning up 67 bags of trash, used tires, and other refuse. At the same time, the rest of the incoming class volunteered at various Caritas locations in Waco and Bellmead. 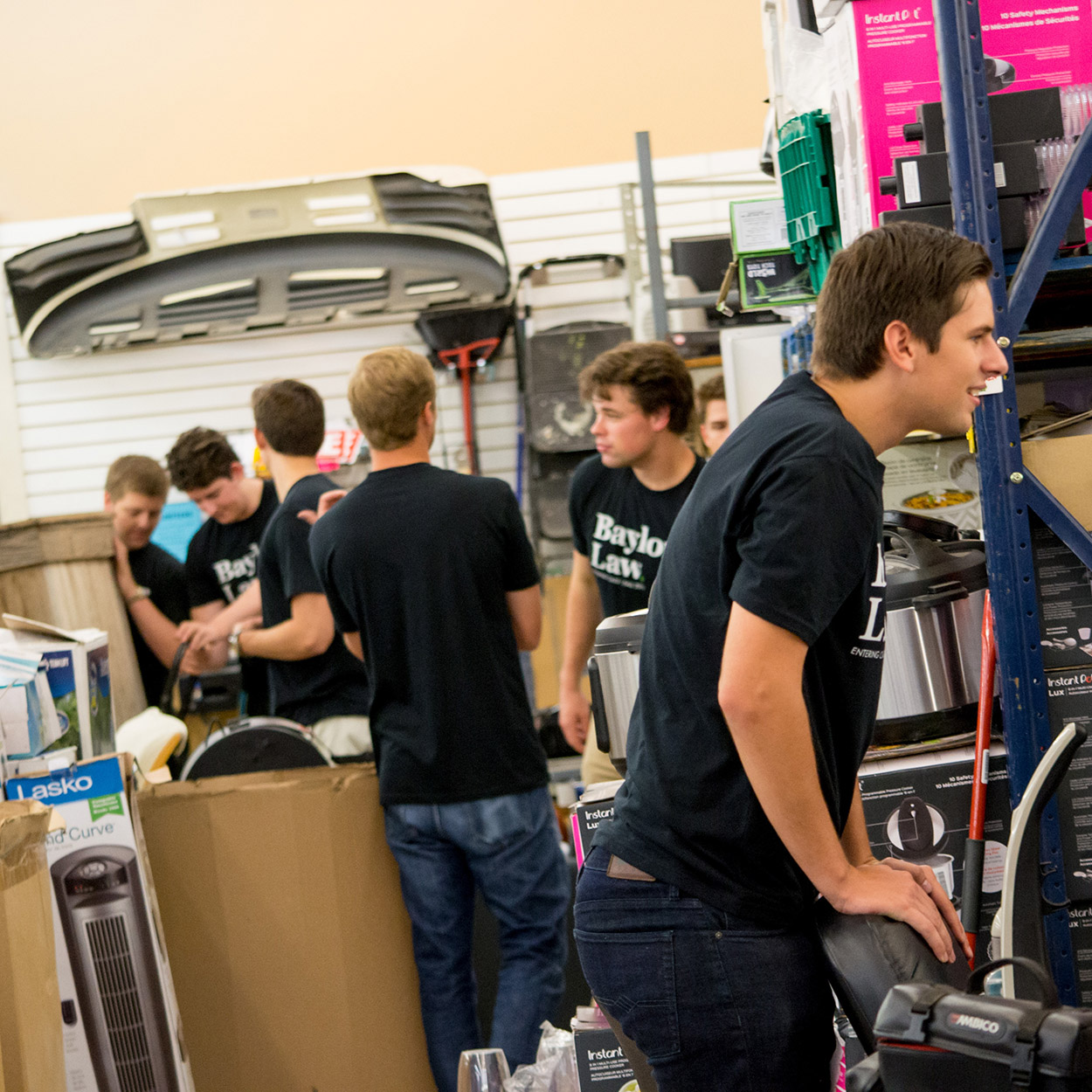 Prior to their community service activity, these students spent several days becoming familiar with the rigorous expectations of Baylor Law, an introduction to the critical skills they'll need to be successful lawyers, along with information on resilience, leadership, and service.

Members of the incoming J.D. class hail from 23 different states and countries and represent 50 undergraduate colleges and universities. Of the 103 students, 53 are male, 50 are female, 30% are students of color, and four have served, or are currently serving, in the United States Military.

Other stats about the Fall 2019 incoming class at Baylor Law:

The Baylor Law Incoming Class of 2022