Engineering and the Law: A Powerful Combination Creates a Unique Case File for Top Gun X

Engineering and the Law: A Powerful Combination Creates a Unique Case File for Top Gun X 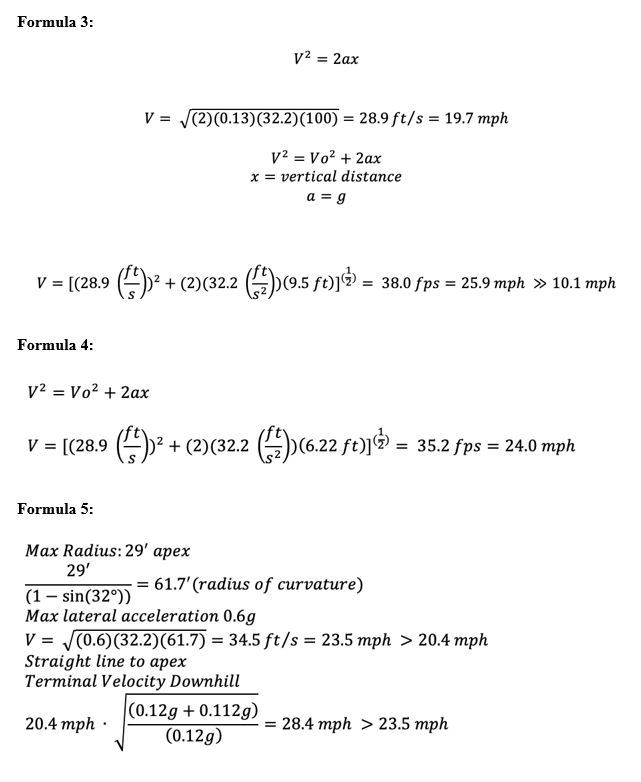 Some of the complex math competitors had to digest from Professor Donndelinger's report.

Terms like "ultimate tensile strength," "rolling resistance coefficients," and "load bearing capacity" are not generally heard in casual conversation at Baylor Law. But thanks to Clinical Professor Joe Donndelinger from Baylor University's School of Engineering and Computer Science, these and dozens of other highly technical terms were the crux of the case file of this year's Top Gun X National Mock Trial Competition.

Sarah Day, a competitive triathlete, filed a products liability suit against Teixeira Cycling Corporation and American Triathlon Association, Inc. While competing in the Doris Miller Memorial Xtremis Triathlon in Waco, Texas, Day successfully completed the swimming and running portions. However, she was injured shortly after beginning the biking portion, the final portion of the triathlon. Day alleges that Teixeira defectively designed, manufactured, and sold the bike she used for the triathlon. Specifically, she alleges that the use of an open fork design on her bike was defective and that this defective design caused her to fall from the bike and sustain serious injuries. Teixeira asserts that Sarah Day's accident was caused by her own negligence or the negligent course design of the American Triathlon Association (ATA). ATA and Sarah Day settled out of court

Donndelinger, recently honored as an Outstanding Professor by Baylor University, used his extensive engineering and design experience gained by working for such giants as Ford and General Motors to create a realistic analysis of the design of the front fork of the bike in question. Access to the School of Engineering's 3D printers allowed Prof. Donndelinger to produce 3D printed versions of the bike's front fork – and that of an 'improved' design – for use by advocates throughout the competition. Professor Donndelinger's information was a key component at each of the 36 trials that unfolded during the Top Gun X Competition. This created a level of realism for the 16 schools in the winner-takes-all Mock Trial competition that is unparalleled at other interscholastic challenges.

"We are so deeply appreciative of the caliber and quantity of work produced by Professor Donndelinger on behalf of our competition," stated Baylor Law Dean Brad Toben who added, "Joe is a true professional and this year's competition wouldn't have been the same without his collaboration." 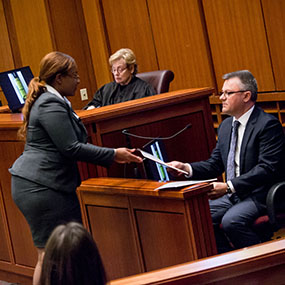 When asked why he would volunteer countless hours of his time to prepare exhibits for Baylor Law's competition, Professor Donndelinger stated, "I'm here as a clinical professor at Baylor to make a better environment for teaching students how to function after they graduate, and as I see it, engineers need to understand how to work with other professions. The two [schools] that I've been working with are business and law. I see this as a bridge that starts more engineering students being able to interact with law school faculty and staff." Professor Donndelinger enlisted the help of Baylor engineering students to assist with the creation of the Computer Aided Design (CAD) drawings of the forks and the experimentation necessary to make the bike forks as realistic as possible.

"Joe Donndelinger truly went above and beyond to make Top Gun X a truly special competition. Without his expertise in the field of mechanical engineering, we would not have been able to create a complex, balanced, and challenging mock trial problem." Stated Assistant Dean Stephen Rispoli, who worked closely with Professor Donndelinger in creating this year's case file. "In addition to helping craft an excellent expert report regarding an alleged defect in open-fork designs on mountain bikes, he also spent nearly two weeks creating 3-D printed models of the bicycle forks which were the subject of the mock trial problem. His contributions impressed experience mock trial coaches and judges from across the country," he added.

Baylor Law's Top Gun National Mock Trial Competition is unique. Unlike most mock trial competitions, participants cannot prepare for the case prior to the start of the competition. Upon arriving at Baylor Law, the advocates are given a brief video introduction, a case file, and only 24 hours to prepare before the single-elimination rounds begin. Case packets contained Professor Donndelinger's reports, drawings, and calculations along with carefully prepared depositions, records, photographs and videos. Witnesses are provided and the competitors have only a short period of time to prepare them for each round.

Professor Dondelinger's expert testimony in the final round of Top Gun X, can be seen, here.