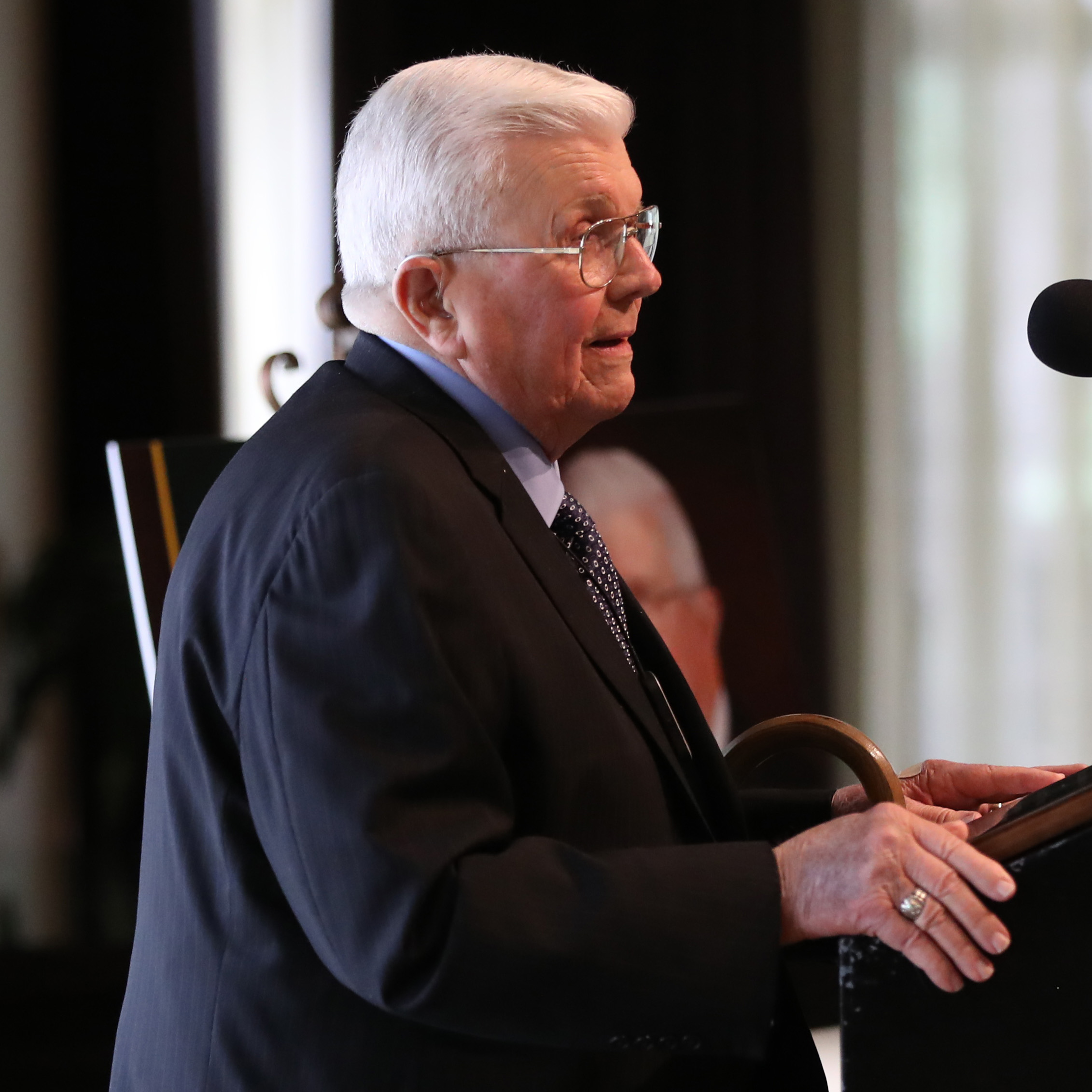 Senator Watson graduated from Baylor University in 1952 with a B.B.A. in accounting and economics, and from Baylor Law in 1954 with a juris doctor. Three years after graduating from Baylor Law, Watson was elected to the Texas House of Representatives. He served in the House until 1963 when he was elected to serve in the Texas Senate. As a Texas Senator, he proposed the bill establishing the creation of the James Connally Technical Institute, no known as Texas State Technical College (TSTC). He established the medical school in Temple as a branch of Texas A&M.

Senator Watson’s community involvement was extensive, including service on the McLennan County College Foundation Board, Waco Chamber of Commerce, Historic Waco Foundation, Mart Community Center, Mart Lion’s Club, Rotary Club of Waco, Mart Chapter of Order of the Eastern Star, Worthy Grand Patron of the Grand Chapter of Texas, OES, Baylor Masonic Lodge #1235 attaining 33rd Degree Honorary, as a member of the Board of Trustees for Texas Scottish Rite Hospital for Children in Dallas, and Karem Shrine Temple. He is a longtime member of Austin Avenue United Methodist Church and has served in many church leadership roles.


A giant has passed and the likes of Senator Murray Watson will not pass this way again.

Dean Brad Toben, upon hearing of Senator Watson’s passing, stated “Senator Watson was always there to make a difference for others, always matter-of-fact, always grateful for all he and Greta were blessed with in life and always wanting to work from the background. He and Greta represent all that is good in faith and the human spirit and endeavor. Were only that our nation was blessed with more like them.” He added, “A giant has passed and the likes of Senator Murray Watson will not pass this way again.”

Senator Watson will be greatly missed by the Baylor Law community.

A tribute to Senator Watson, Baylor Lawyer of the Year 2017, is here.

Senator Watson’s obituary in the Waco Tribune is here.