Three justices of the Seventh Court of Appeals, Amarillo, visited Baylor Law on Thursday, May 10, to hear oral arguments in three cases. The hearings, which were open to students and the general public, were held in the Jim Kronzer Appellate Advocacy Classroom and Courtroom (Room 127) in the Sheila and Walter Umphrey Law Center on the Baylor University campus. Texas has a 'docket equalization' program among the fourteen courts of appeals to equalize the dockets, the number of cases being heard, and promote efficiency in the use of court resources. The three cases heard at Baylor Law on May 10th were from across the state, making Baylor Law a convenient central location for all parties involved. 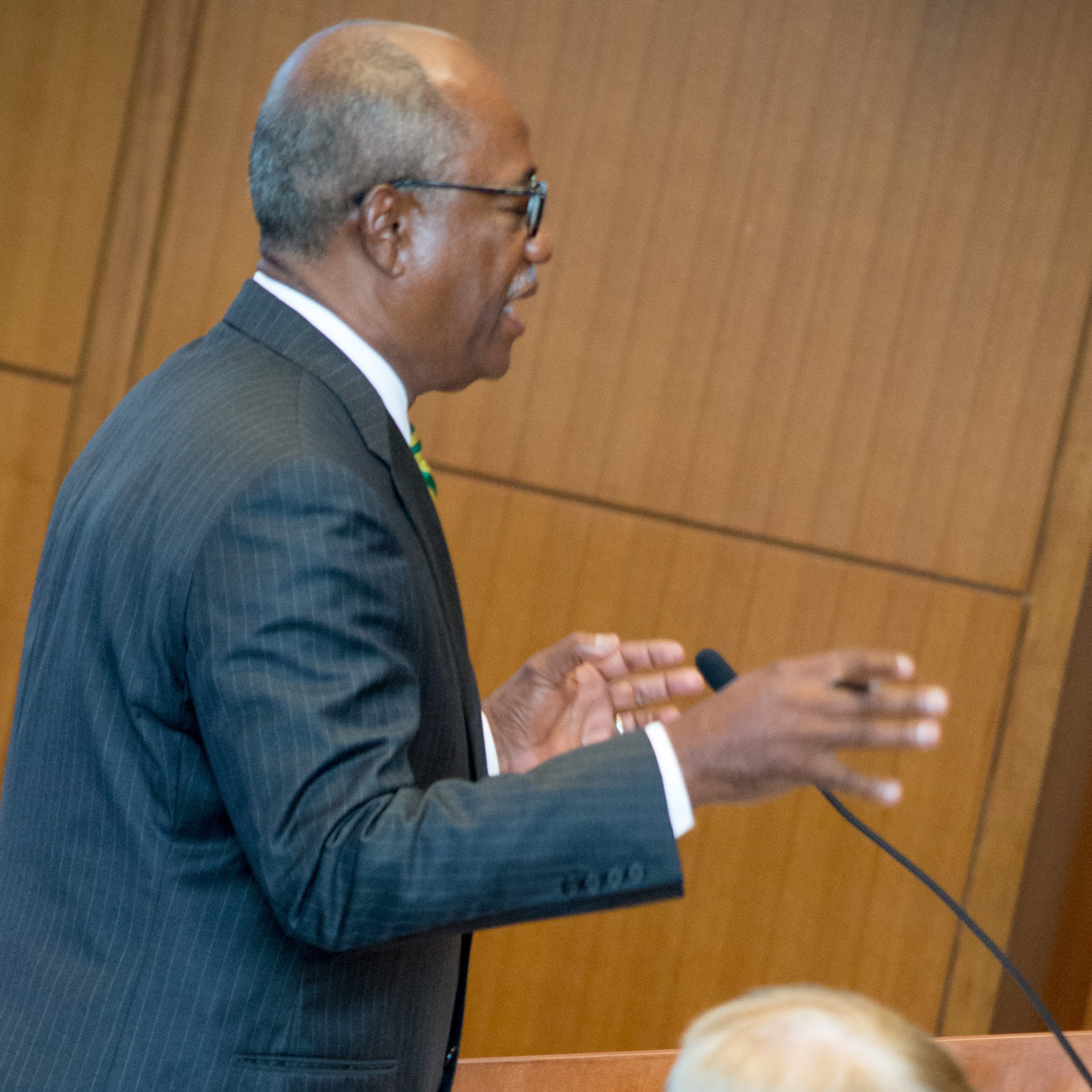 The justices began hearing oral arguments at 9:00 a.m. The proceedings began with the Appellant and Appellee, who each had 20 minutes to argue their case. The Appellant then had a five-minute rebuttal.

ABOUT BAYLOR LAW
Established in 1857, Baylor Law was one of the first law schools in Texas and one of the first west of the Mississippi River. Today, the school has more than 7,400 living alumni. It is accredited by the American Bar Association and is a member of the Association of American Law Schools. Baylor Law has a record of producing outstanding lawyers, many of whom decide upon a career in public service. Baylor Law boasts two governors, members or former members of the U.S. House of Representatives and the U.S. Senate, two former directors of the FBI, U.S. ambassadors, federal judges, justices of the Texas Supreme Court and members of the Texas Legislature among its notable alumni. In its law specialties rankings, U.S. News & World Report ranked Baylor Law’s trial advocacy program as one of the top 5 in the nation. Baylor Law School is also ranked #50 in the magazine’s 2019 edition of "America’s Best Graduate Schools." The National Jurist ranks Baylor Law as one of the "Best School for Practical Training," and #4 in the nation in its most recent "Best Law School Facilities" listing. The Business Insider places Baylor Law among the top 50 law schools in the nation. Baylor Law School received the 2015 American Bar Association Pro Bono Publico Award, making it only the third law school in the nation to be honored with the award since the award's inception in 1984. Learn more at baylor.edu/law