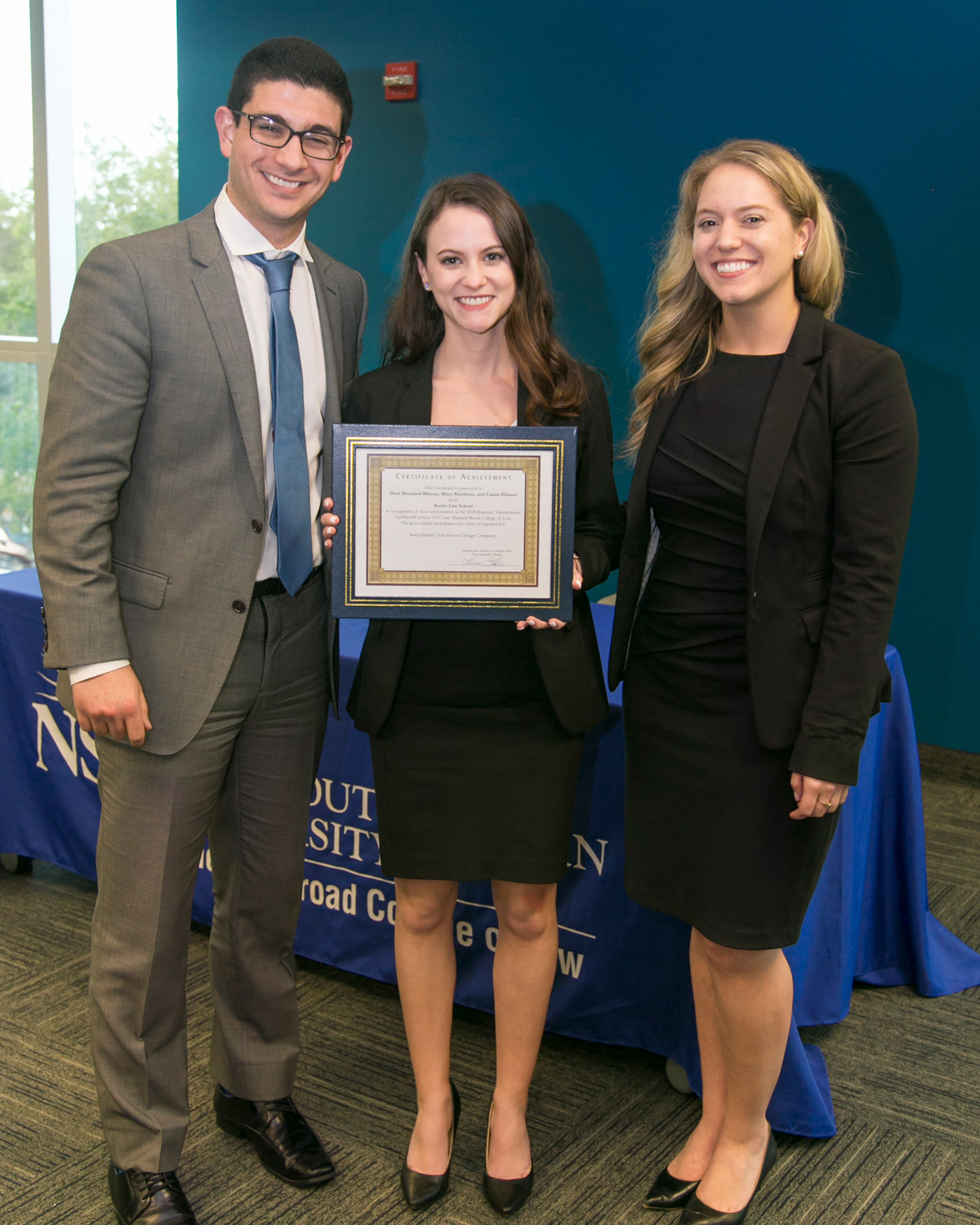 The teams began work on the competition when the case files were published in December, conferred with their ‘clients,' and drafted documents in January and February, and defeated four other teams to take second place at their respective LawMeets. James Howard- adjunct faculty member and transactional lawyer at Naman, Howell, Smith & Lee, PLLC in Austin- described the experience as “a work-intensive, but rewarding process for an extremely talented group of soon-to-be Baylor lawyers.” Professor Lotte Bostick, adjunct professor and former general counsel of First City Financial Corporation, added, “The students were asked to understand and negotiate a very complicated transaction, and through hard work, each student rose to the occasion. One of the judges stated, ‘you are way ahead of me when I graduated from law school– you have bright futures.’”

“The students were asked to understand and negotiate a very complicated transaction, and through hard work, each student rose to the occasion. One of the judges stated, ‘you are way ahead of me when I graduated from law school– you have bright futures.’” (Professor Lotte Bostick). 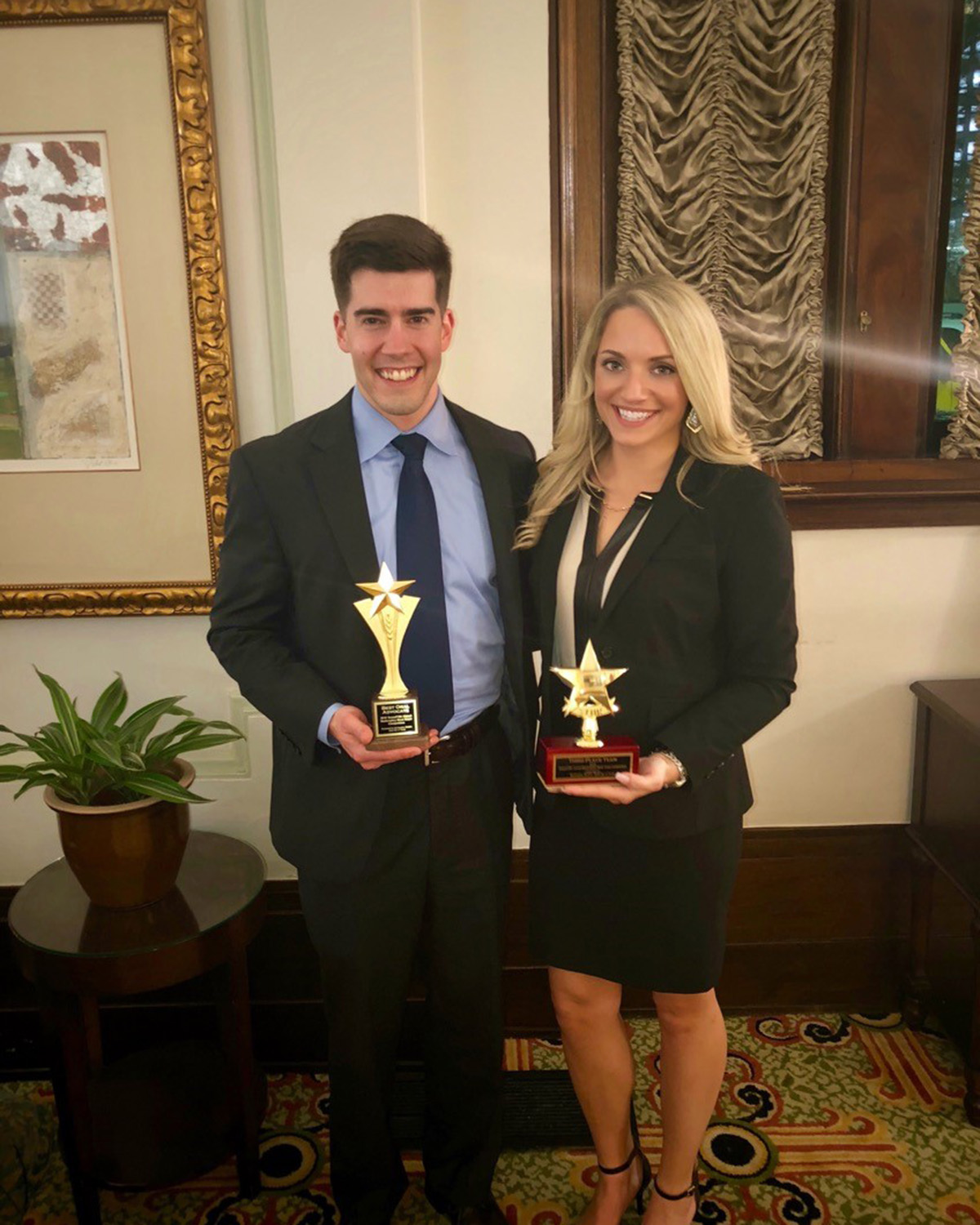 The two Baylor Law teams of Kevin Miller and Leah Towe, and Nicholas Shodrok and David Crampton competed in the Texas/Fifth Circuit Elliott Cup Regional Moot Court competition held in New Orleans, Louisiana. The Elliott Cup is sponsored by the Bankruptcy Section of the State Bar of Texas and is designed to serve as a formal practice before bankruptcy practitioners and bankruptcy judges for Fifth Circuit law school teams who will be competing at the Duberstein Moot Court Competition at St. John’s University School of Law in New York City in March.

The Baylor Law team of Kevin Miller and Leah Towe took third place at the Elliott Cup. In addition, Kevin Miller was designated ‘Best Speaker’ out of the over 25 students competing at the event. Coach Deborah Perry, a shareholder at Munsch Hardt Kopf & Harr, P.C., described the competition as rigorous, and a good example of the level of competition that will be encountered by the students at the Duberstein Moot Court Competition. Speaking of Baylor Law’s performance, Coach and Baylor Law Professor Larry Bates stated, “Our performance at Elliott was the first step in reclaiming the national championship we initially won in 2006."