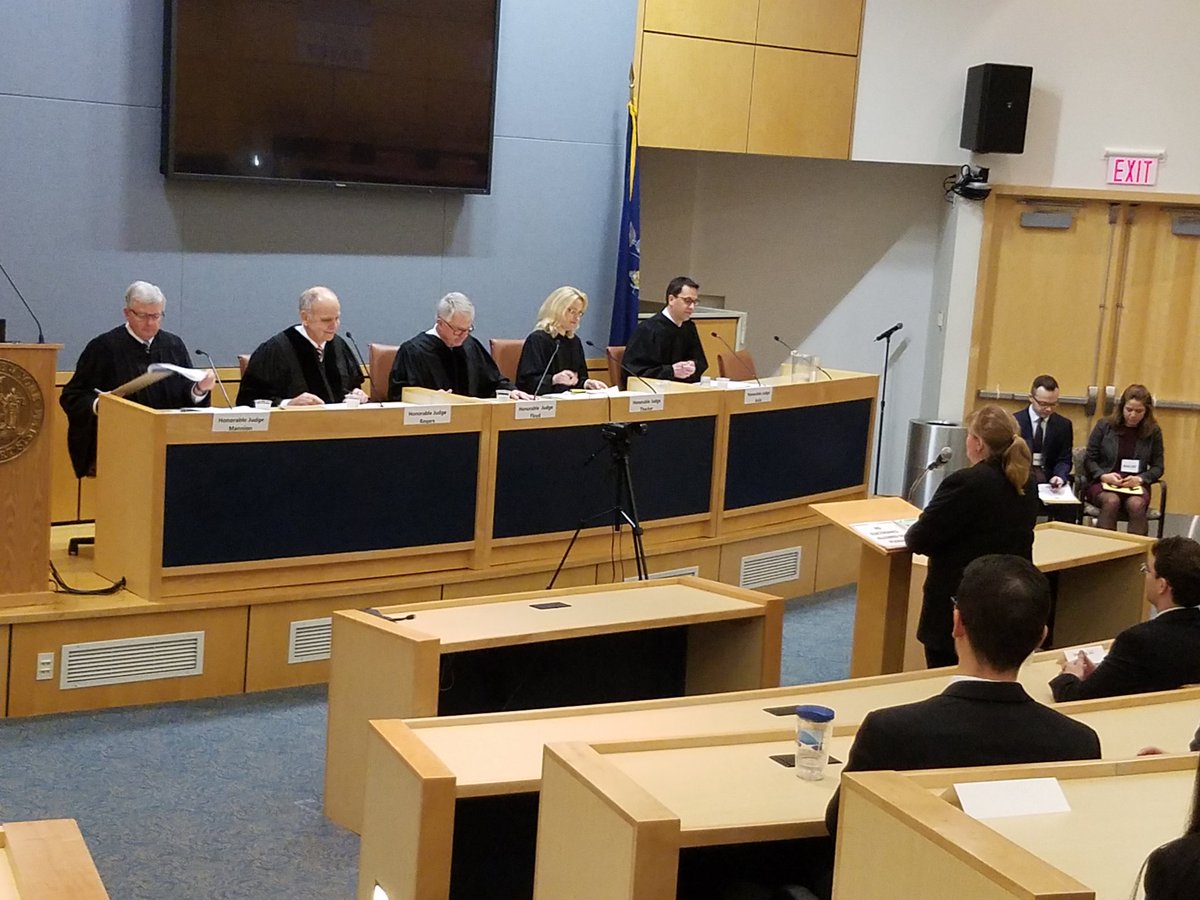 Rising above a field of 56 teams from around the country, the Baylor Law team of Josh Dunegan, Morgan Blair, and Price Brannen were named National Champions at the 2018 Jeffrey G. Miller National Environmental Law Moot Court Competition held at Elisabeth Haub School of Law (formerly Pace Law School). Jurists for the final round included 3 justices from the Fourth and Sixth Circuits, and two judges from the Middle District of Pennsylvania and the Environmental Appeals Board.

In the Pace competition, recognized as the preeminent environmental law moot court competition in the country, participants are judged on their skills in appellate brief writing and oral advocacy. The Pace competition is known for its cutting-edge, challenging problems. Baylor Law’s coach, Professor Laura A. Hernández stated, “This year’s problem was comprised of five complex issues involving regulatory law as it applied to the Clean Water Act, and even the problem writer acknowledged that it was one of the most challenging problems drafted.” “And,” she added, “the Baylor Law team displayed a deep knowledge of agency law, while eloquently arguing in favor of its position. The team's superior performance was praised throughout the competition.”

This year’s problem was comprised of five complex issues involving regulatory law as it applied to the Clean Water Act, and even the problem writer acknowledged that it was one of the most challenging problems drafted. (Professor Laura A. Hernández)

While the finals for the 2018 Jeffrey G. Miller National Environmental Law Moot Court Competition were held February 22-24, the Baylor Law team began writing and filing their briefs in early December. This is Baylor Law’s first win at this highly competitive event.