Baylor Law was honored to host the National Judicial College's 2017 Dividing the Waters General Conference on November 1-4, in Waco, Texas.

The Dividing the Waters General Conference prepares judicial officers for adjudicating and resolving groundwater conflicts. The faculty, comprised of prominent scientists and judges from across the nation, focus on the enduring and emerging conflicts over groundwater in Texas and across the West. 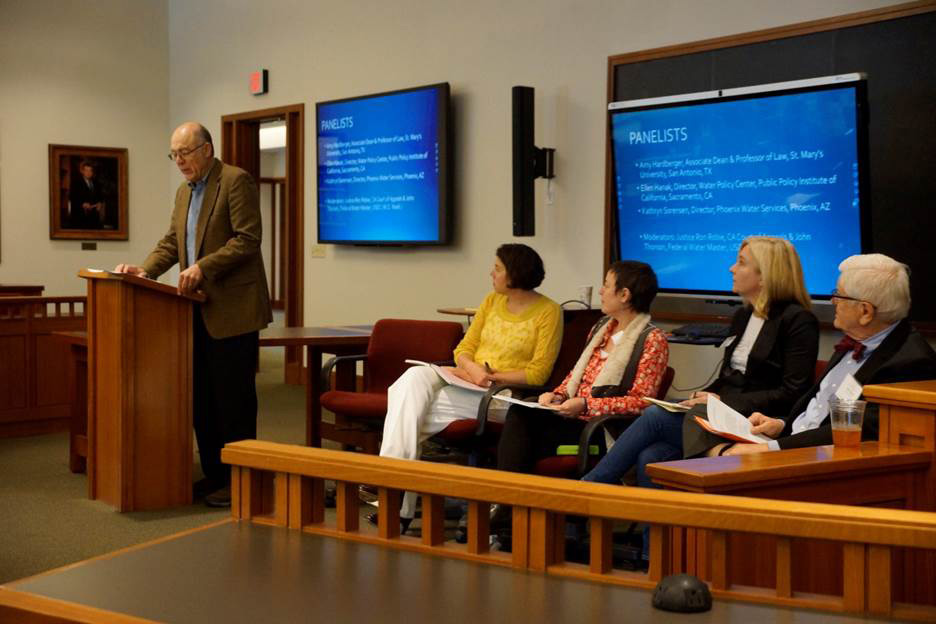 In addition to the panels and sessions held at Baylor Law, conference participants spent a day in the field in and around Waco to learn how groundwater works and contributes to the communities it serves. Participants also enjoyed dinner at The Baylor Club at McLane Stadium with keynote speaker, Chief Justice Nathan L. Hecht of the Supreme Court of Texas.

Hon. Jan P. Patterson, Baylor Law's jurist in residence, was instrumental in bringing the conference to the Law School.

"What better place to explore the legal aspects of interstate water conflicts than on the banks of the Brazos River at Baylor Law," said Justice Patterson. "In addition to the legalities regarding groundwater conflicts, the faculty of the conference addressed in-depth research on the scientific aspects of such disputes—providing clarity on a subject that can easily become muddied with complexity, no pun intended," she said.

Justice Patterson joined the faculty of Baylor Law School in 2012 following an extensive career in civil and criminal trial practice in state and federal courts in New York and Texas, appellate law practice in the Second and Fifth Circuits and Texas state courts, and a distinguished career on the bench serving as a Justice on the Texas Third Court of Appeals.