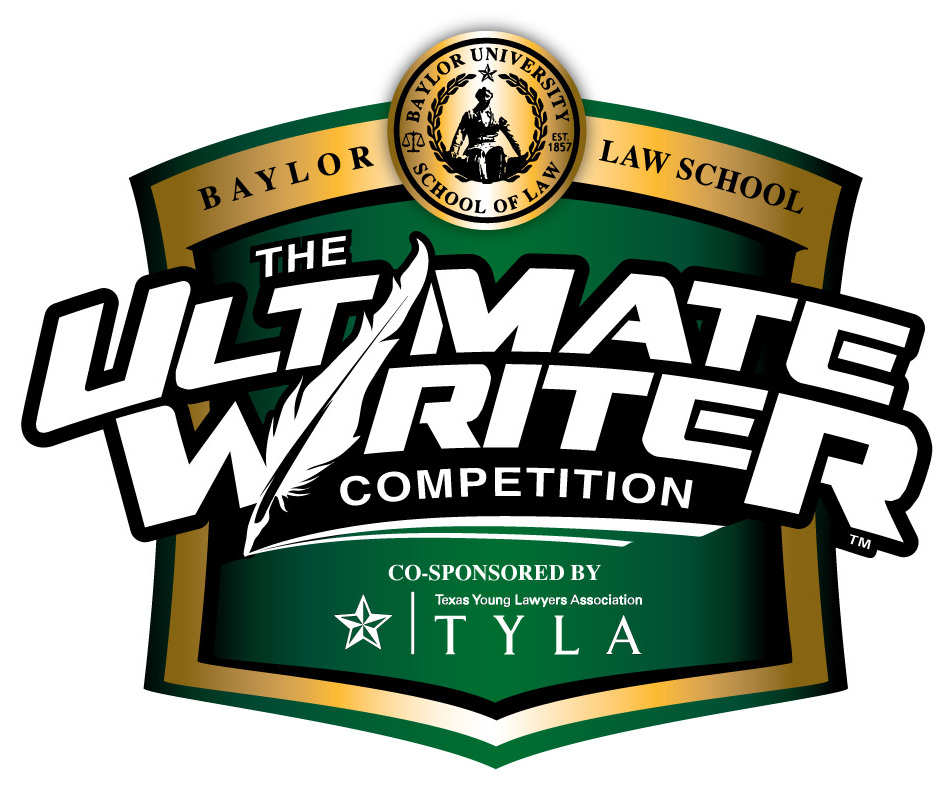 The winners of Baylor Law's 2017 Ultimate Writer Regional Legal Writing Competition have been announced. Co-sponsored by the Texas Young Lawyers Association, the regional competition is exclusive to Texas law schools. The competition tests competitors’ abilities to review a packet of materials and draft a real-world legal document based on the packet and writing prompt.

"Baylor Law's Ultimate Writer legal writing competition is an innovative and unique competition," said Scott Fraley, Director of Legal Writing and organizer of the Ultimate Writer. "Not only does it include significant cash awards, but it is the only competition of its kind to use a real-world problem as the prompt."