Law students from Baylor Law and other law schools throughout the country returned from the impressive summer abroad program, Baylor Law's Academy of the Advocate at St Andrews.

The Academy of the Advocate is devoted to the art and science of trial and appellate advocacy and is hosted in the exquisite setting of St Andrews, Scotland. Held July 24 - August 7, this year's much lauded program boasted an impressive faculty, including five federal judges. Students were required to apply for acceptance into the program due to the demand exceeding the number of seats available (approximately 55, which allows for an approximate 4:1 student to faculty ratio).

Part of the St Andrew's experience is also learning and participating in the local culture. Following the Academy of the Advocate welcome dinner, students and instructors participated in a céilidh (pronounced kay-lee), a Gaelic social gathering that involves dancing and folk music. 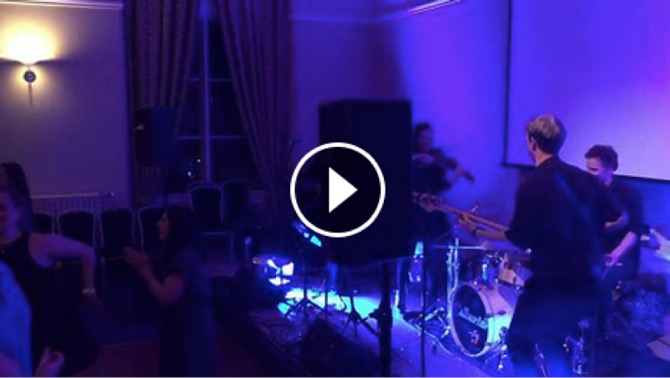 Baylor Law School's Academy of the Advocate in St Andrews is approved by the American Bar Association Accreditation Committee for law school credit.

ABOUT BAYLOR LAW SCHOOL
Established in 1857, Baylor Law School was one of the first law schools in Texas and one of the first west of the Mississippi River. Today, the school has more than 7,200 living alumni. It is accredited by the American Bar Association and is a member of the Association of American Law Schools. Baylor Law School has a record of producing outstanding lawyers, many of whom decide upon a career in public service. The Law School boasts two governors, members or former members of the U.S. House of Representatives and the U.S. Senate, two former directors of the FBI, U.S. ambassadors, federal judges, justices of the Texas Supreme Court and members of the Texas Legislature, among its notable alumni. In its law specialties rankings, U.S. News & World Report ranked Baylor Law's trial advocacy program as #4 in the nation. Baylor Law School is also ranked No. 55 in the magazine's 2017 edition of "America's Best Graduate Schools." The National Jurist ranks Baylor Law in its top 10 law schools for practical training, and second best value in private legal education in the nation. The Business Insider places Baylor Law among the top 50 law schools in the nation.