Inaugural Viewpoints Focuses on Rule of Law, Rule of Judges

Held in Washington, D.C., Baylor Law's inaugural Viewpoints: A Conversation Series addressed the concept of the "rule of law" or the "rule of judges."


Viewpoints™: A Conversation Series
"The Judge’s Objective: Prediction or a Preferred 'Correct' Rule?"

The discussion, titled "The Judge's Objective: Prediction or a Preferred 'Correct' Rule?" was the first in Baylor Law School's new Viewpoints conversation series.

"This evening's topic addresses the concept of whether judicial decision-making should be crafted to ensure predictability in the development and application of legal doctrine, and whether predictability in the law, if it is the highest value, leaves any space for a judge to give heed and effect to what the court may regard as the, so to say, &lsquo;correct' rule or result," said Brad Toben, Dean of Baylor Law School.

Daniel Attridge, Dean and Knights of Columbus Professor of Law at the Catholic University of America, served as the moderator.

Attridge prompted Judge Reavley to frame the conversation, saying: "His five-decade tenure as a judge is a testament to the great system of the American judiciary&hellip;what better way to start this topic, than to ask a great judge who has devoted his life to living it, to frame the issue for us."

Reavley called for judges to uphold stability in the law and warned against the "rule of judges," in which jurists first determine what they believe the correct outcome in a case should be and then develop a way to achieve the envisioned result.

"There's too much assumption that the proper job of a judge is to decide what that judge thinks ought to be the law," Reavley said. "We've got to start promoting the rule of law."

Judge Starr, who once served as United States Solicitor General and as a judge on the United States Court of Appeals for the District of Columbia Circuit before becoming president of Baylor, commented of Judge Reavley: "His dedication and commitment to our country are truly inspiring. We honor Judge Reavley, an adopted Baylor Bear, as one of the most experienced and distinguished judges in the nation."

As the panel proceeded, Judge Srinivasan &mdash; who was confirmed to the D.C. Circuit Court in 2013 &mdash; said the court's proceedings were likely to perplex individuals on both ends of the political spectrum.

"If we lived in a world where we had the rule of a judge, rather than the rule of law, you would have seen an absolute sea change, an avulsive change in the law as it was interpreted, applied and rendered by our court," Judge Srinivasan said.

In Judge Reavley's post-panel comments, his effusive words of gratitude were a true indicator of just how honored he was to be a part of such a significant conversation.

"A grand opportunity to be heard on an important subject," he said. 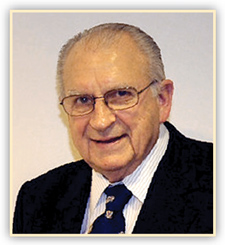 Judge Thomas Morrow Reavley serves as a judge (senior status) for the Fifth Circuit. A University of Texas and Harvard Law School graduate, he was appointed to that position by President Jimmy Carter in 1979. Prior to his presidential appointment, he served as a justice on the Texas Supreme Court from 1968 to 1977. 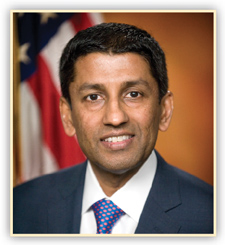 Judge, United States Court of Appeals for the District of Columbia Circuit

Judge Sri Srinivasan was appointed to the U.S. Court of Appeals for the District of Columbia Circuit in May 2013. A Stanford graduate from the university, law school and graduate school, he served as an assistant to the solicitor general from 2002 to 2007 and as Principal Deputy Solicitor General of the United States from 2011 to 2013. 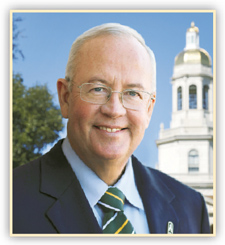 Judge Ken Starr serves as president and chancellor of Baylor University and also serves on the faculty of Baylor Law School as The Louise L. Morrison Chair of Constitutional Law. A Brown University and Duke Law School graduate, he served as Solicitor General of the United States from 1989 to 1993 and United States Circuit Judge for the District of Columbia from 1983 to 1989. 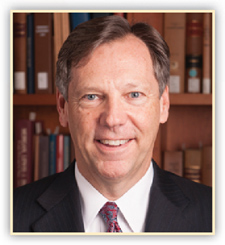 Dean and Knights of Columbus Professor of Law,
The Catholic University of America Columbus Law School