About the Distinguished Panel 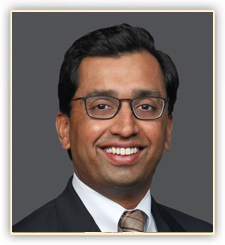 Raj De is a partner in Mayer Brown's Washington DC office and leads the firm's global Cybersecurity & Data Privacy practice. He is also co-leader of the firm’s National Security practice group, and a member of the firm’s Congressional Investigations & Crisis Management team. After nearly two decades in private practice and public service across all three branches of the United States government, Raj is one of the most trusted voices in Washington. He has held senior appointments in the White House, the Department of Justice (DOJ) and the Department of Defense (DOD). Raj returned to Mayer Brown in 2015 after serving as General Counsel at the United States National Security Agency (NSA). Since returning to the firm, Raj has received numerous recognitions, including by American Lawyer (“Lateral All-Star”), Washingtonian magazine (“Top Lawyer”), National Law Journal (“Cybersecurity and Data Privacy Trailblazer”), and Cybersecurity Docket (“Incident Response 30”).

As General Counsel of the NSA, Raj served as the agency’s chief legal officer and senior advisor to the NSA Director. He supervised an office of approximately 100 lawyers and staff that handled litigation and provided legal advice across a range of issue areas, including foreign intelligence, cybersecurity, government contracts, intellectual property, research and technology, administrative law, government ethics and pending legislation. As a member of the NSA’s senior leadership team, Raj represented the agency regularly with senior officials across the executive branch, as well as before the United States Congress, the Foreign Intelligence Surveillance Court and European and other foreign governments. 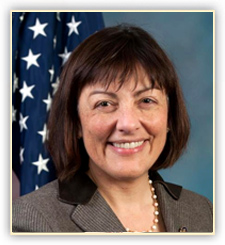 First sworn into the House of Representatives on November 13, 2012, DelBene brings a unique voice to the nation’s capital, with more than two decades of experience as a successful technology entrepreneur and business leader in the private sector. Her depth of experience and focus on achieving concrete results allows DelBene to break through Congressional gridlock and get things done, earning her praise from the Everett Herald, who called her “the most prolific, effective member of her freshman class.”

Through her role on the House Judiciary Committee, DelBene is at the forefront of issues relating to technology and privacy, and has become a leading voice in the House calling for greater transparency and oversight of the NSA to restore American’s privacy rights. 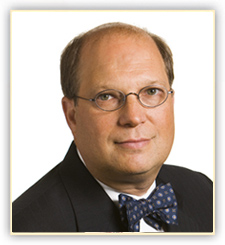 Paul Rosenzweig is an accomplished writer and speaker with a national reputation in cyber security and homeland security. Mr. Rosenzweig is the founder of Red Branch Consulting PLLC, a homeland security consulting company, and a Senior Advisor to The Chertoff Group. He formerly served as Deputy Assistant Secretary for Policy in the Department of Homeland Security. He is a Distinguished Visiting Fellow at the Homeland Security Studies and Analysis Institute. He also serves as a Professorial Lecturer in Law at George Washington University, an Adjunct Professor at the Near East South Asia Center for Strategic Studies at the National Defense University, a Senior Editor of the Journal of National Security Law & Policy, and as a Visiting Fellow at The Heritage Foundation. In 2011 he was a Carnegie Fellow in National Security Journalism at the Medill School of Journalism, Northwestern University.

He is the coauthor (with James Jay Carafano) of the book Winning the Long War: Lessons from the Cold War for Defeating Terrorism and Preserving Freedom and author of the book Cyber Warfare: How Conflicts in Cyberspace are Challenging America and Changing the World.

Daniel Silverberg serves as National Security Advisor for the Office of Congressman Steny Hoyer, overseeing foreign policy and national security issues. Previously Counsel and then General Counsel to the House Committee on Foreign Affairs for the past six years, Silverberg also worked as an attorney in the Office of General Counsel at the Department of Defense. He obtained his undergraduate degree from Harvard University and is a 2003 graduate of Stanford Law School.