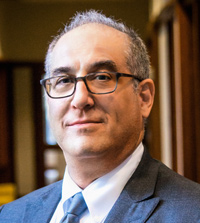 Paul graduated from Washington University School of Law in 1984, where he served as Editor-in-Chief of the Law Review.  Following graduation from law school, Paul served as a Bigelow Teaching Fellow at the University of Chicago Law School, and then clerked for the Honorable John R. Gibson on the United States Court of Appeals for the Eighth Circuit.  In 1986, he joined the U.S. Department of Justice, where he served in several capacities until he retired some 34 years later, in July 2020.

In DoJ, Paul served as a Trial Attorney in the Civil Division Torts Branch and later as Counselor to the Assistant Attorney General of the Civil Division.  He then transferred to the Office of the Inspector General, and, finally, to the United States Attorneys Office for the Northern District of Texas, where he served as an Assistant United States Attorney in the from May 2004 until his retirement from the federal government in July 2020.  During his tenure with the Department, Paul represented the federal government in complex, nationwide toxic tort lawsuits; worked on several high-profile bipartisan policy matters, including the government’s response to federally-funded human radiation experiments and the implementation of a congressionally-enacted program to compensate populations exposed to radiation in connection with the government’s atomic bomb testing program; helped coordinate the Department’s responses to congressional and Special Counsel investigations into the events at the Branch Davidian compound in April 1993; conducted investigations of Senior-level Department officials and programs, including investigations into the events of 9/11, the Oklahoma City bombing, and the FBI counter-espionage program; and investigated and prosecuted a wide variety of cybercrimes, intellectual property offenses, export and national security offenses, and economic fraud offenses.

It has been Paul’s most recent good fortune to join the Law School as an Adjunct Faculty, teaching criminal law and criminal procedure courses.