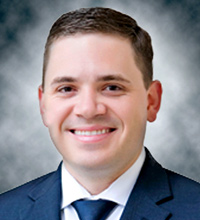 Mark Siegmund was born in Austin, but grew up in China Spring, Texas – a small town located just outside of Waco, Texas. Mark attended Texas A&M University on a full Naval Reserve Officers Training Corps scholarship, where he was a member of the Corps of Cadets, Company E-2. After graduating with a degree in Finance, Mark began his service in the United States Marine Corps. After five years of service and two overseas deployments, Mark started his second career by attending Baylor Law School. Mark graduated Baylor Law School as the number one graduate of his class, where he was an Associate Editor for the Law Review, received the Steve Dillard Practice Court Award for academic achievement, and barrister status for his performance in moot court.

Mark is married to Brooke, and they have two children—Hudson and Caroline. Mark enjoys spending time with friends and family, as well as hunting and fishing. Mark also serves as an adjunct professor of law at Baylor Law School.