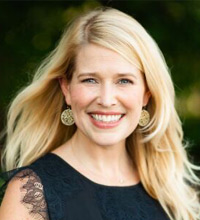 Jana Hixson is the Director of Employer Relations at Baylor Law. Jana’s primary role is to recruit, develop, and maintain relationships with firms, businesses, and organizations which may have a need to hire a Baylor lawyer. She joined the law school in 2020 after serving as District Director and community liaison for Congressman Bill Flores. She is a Double Bear, a 2000 graduate of Baylor University and at 2004 graduate of Baylor Law School.

While at Baylor University, Jana graduated with a B.B.A. in Marketing and interned for Texas Lieutenant Governor Bob Bullock and Texas State Senator David Sibley.  During her time at Baylor Law, she was a Baylor Law School Ambassador, Secretary of the Student Bar Association, and interned for the Honorable Jeffrey C. Manske, Magistrate Judge in the Western District of Texas.

Much of Jana’s career has been in the governmental and community relations arena.  She previously served as Baylor University’s Director of Community Relations, cultivating relationships between the university and Waco residents, community leaders, and businesses to enrich both the Baylor and Central Texas communities. Additionally, Jana worked as Director of Government Relations for Baylor and as an attorney/lobbyist in Austin.

Jana serves on several community boards and organizations. She is the current President and Chair of the Junior League of Waco and has served as a board member for March of Dimes, NeighborWorks Waco, and the Cen-Tex African American Chamber of Commerce.  She is a member of the McLennan County Bar Association and a graduate of Leadership Texas.  She has been part of the Doris Miller Memorial Planning Committee, the Waco Chamber of Commerce Total Resource Campaign, the Providence Foundation Forum, and is a Baylor Scott & White Hillcrest Hospital ambassador.  Jana grew up singing in church and had aspirations of being a voice in a Disney Film. For fun, she loves to support Baylor sports and loves time with her family, especially her two nieces and nephew!