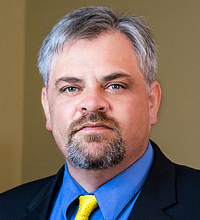 Director of Advocacy Programs and Lecturer

Robert Little joined the faculty of Baylor Law School as Director of Advocacy Programs and Lecturer in 2019. He graduated from Baylor University with a B.A. in political science in 2002, and graduated from Baylor Law School in 2005. During law school he was a member of the Order of the Barristers, various moot court teams, and various mock trial teams. In fact, in the spring of 2005, he was a member of the mock trial team that won a National Championship at the prestigious American Association of Justice Student Trial Advocacy Competition.

After graduating from Baylor Law School, Robert entered private practice in Waco, Texas with Naman, Howell, Smith & Lee, PLLC, where he was an associate in the trial section. In 2012, Robert became a partner at Naman, Howell, Smith & Lee, PLLC. Over the course of his almost fourteen years with the firm, Robert handled cases in areas like personal injury, construction, probate, commercial litigation, and appeals.