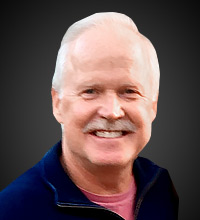 Malcolm Bales graduated from the University of Texas at Austin School of Law in December 1980. He was admitted to the Texas Bar in 1982.  He worked briefly as an attorney for the law firm of Hancock Piedfort in Austin, Texas and served five months as a Judge Advocate General (JAG) attorney in the United States Navy. He resigned his commission to become a Special Agent in the Federal Bureau of Investigation (FBI) in September, 1982. He worked as a field agent in the San Antonio, Mobile, and Chicago field offices. In Chicago, he investigated several public corruption cases, most notably the "Greylord" case.  He resigned from the FBI in February 1989 and joined the U.S. Attorney's Office as an Assistant United States Attorney (AUSA) in the Eastern District of Texas, Beaumont Division.

Bales was assigned to the OCDETF (Organized Crime Drug Enforcement Task Force) unit for the Eastern District of Texas and worked complex narcotics cases until he became the Deputy Chief of the Criminal Division and OCDETF Lead Attorney in 1993.  He continued to investigate and prosecute cases as well as lead the five person OCDETF group until May 1995 when he accepted a position as an AUSA in Denver, Colorado.  In Colorado, he worked in the general crimes division for three months, but happily returned to the Eastern District of Texas to work as the one AUSA assigned to the new Lufkin Division office in 1995.

In Lufkin, Bales worked on a general crimes docket which included OCDETF cases and some significant white collar crime cases. He was named Chief of the Criminal Division, effective January 26, 2003.  During his first week as Chief, the space shuttle Columbia came down in pieces over east Texas and Bales helped establish the federal command post. In the fall of 2006, Bales returned to the line. He helped prosecute a sitting Jefferson County ADA for fraud, the murderer of an inmate at the USP Beaumont, and a corporation accused of numerous instances of deep water pollution.  The latter case resulted in a $37 million fine, at that time, the largest in history for a maritime pollution case.  Bales also successfully prosecuted a $70 million Ponzi scheme.

Bales received two Department of Justice (DOJ) Sustained Superior Achievement Awards in 1989 and 1992.  He has also been recognized on several occasions for his case accomplishments by the Drug Enforcement Administration (DEA), the FBI and numerous other law enforcement agencies. In 1995, the East Texas Peace Officers’ Association awarded him its annual Award of Excellence and in 2014, its Leadership Award.  In 2004 he received the J. Michael Bradford Memorial Award from the National Association of Former U.S. Attorneys, and in 2007, he was the recipient of the Attorney General's Distinguished Service Award for his work on the OSG maritime pollution case.

In April 2008, Bales was appointed as the Deputy Criminal Chief over Narcotics; he became the Criminal Chief again in February, 2009.  Following the resignation of the previous U.S. Attorney, he was appointed to serve as the United States Attorney on May 1, 2009.  Some two years later, President Obama nominated Bales to fill the position.  The Senate confirmed the President's nomination on September 26, 2011 and Bales served as United States Attorney until his retirement from government service in October, 2016.  Bales began his service as an adjunct professor at Baylor Law in 2018, hoping to impart some experience from his days in the Department of Justice.  More importantly, he is excited to be a part of the outstanding legacy of service to others that is so integral to Baylor Law School.

He has been married to Betsy for almost 40 years and they make their home in Nacogdoches County.  They are blessed with six children and eleven grandchildren.