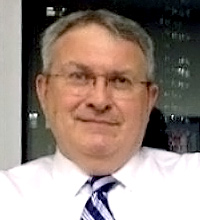 He is a corporate attorney with extensive domestic and global experience in developed and emerging countries.  He concluded engagements in 50+ countries across EMEA and Asia representing American and Western clients as a partner at multinational law firms. Prior to returning to the United States he and his family lived abroad for 17 years primarily in Warsaw and London and with a short stint in Moscow. Earlier in his career he was a Vice President and General Counsel for the commercial finance subsidiary of The First National Bank of Boston and a Partner of the Boston firm Nutter, McLennen & Fish.

Mr. Wieckowski taught for 16 years as a professor of law and finance at the MBA programs of the Warsaw University of Technology and the University of Warsaw.

He has served as a member of the board of directors of several publicly listed entities. Among his management positions were serving as a director of Coopers & Lybrand in CEE and as managing partner of the 80+ lawyer office of White & Case in Warsaw.

Mr. Wieckowski currently serves on the advisory board of Penton Partners, a private equity group with $400mln under management that invests in CEE.

Mr. Wieckowski was drawn to the professional challenges of Central and Eastern Europe after the Wall came down as his parents were from Poland.  His mother lived through the Ukrainian collectivization and famine, Siberia, the siege of Leningrad during World War II, and a German slave labor camp. His father, who was active in Poland's Home Army resistance during the war, was caught in a round-up in Warsaw and was also removed to a slave labor camp in Germany.  They met at the conclusion of the war, both being liberated by Patton's Third Army. A family member died in the NKVD massacre in Katyn; several members of the family appear on the List of the Righteous at Yad Vashem.

He and his wife Gretchen (the Texas native in the family) have four children, two of whom are lawyers.  Mr. Wieckowski is originally from the South Boston and Dorchester neighborhoods of Boston.