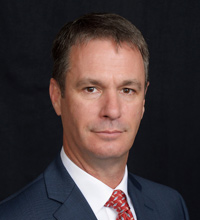 After earning his JD from Baylor Law in 2001, he became a member of the Judge Advocate General's Corps. His first assignment was at Ft. Polk, Louisiana where he served as a Special Assistant US Attorney and military prosecutor from 2001 to 2004. In 2004, he was assigned to Ft. Carson, Colorado where he served as the Senior Defense Counsel from 2004-2007. Also during this time, he defended one of the Guantanamo detainees at a military commission. In 2008, he was awarded his LLM in Military Law from the US Army Judge Advocate General's Legal Center and School. He then was assigned to Ft. Riley, Kansas from 2008 to 2010 where he served as a Brigade Judge Advocate and deployed to Operation Iraqi Freedom for one year. In 2011, he was assigned as the Chief of Justice for III Corps and Fort Hood at Fort Hood, Texas where he oversaw the prosecution of all courts-martial including the court-martial of US v. Nidal Hasan. In 2013, he was assigned as a trial judge where he presided over courts-martial trials at Fort Hood, Fort Sam Houston, Texas, Fort Polk, Louisiana, and Fort Sill, Oklahoma.

In 2016, he retired from active duty and opened his own firm in the Central Texas Area. Mr. Faulkner is licensed in Texas and is admitted to US Court of Appeals for the Armed Forces, and the US District Court for the Western District of Texas.