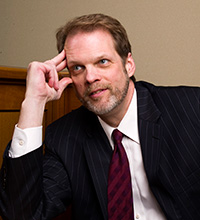 Leon Jaworski Chair of Practice & Procedure and Co-Director of the Executive LL.M. in Litigation Management

Professor Wren knows the vital importance of juries, and he teaches law students and young lawyers how to work with juries.

As a graduate of Baylor Law and its Practice Court Program, Professor Wren is a staunch advocate for the rigors of a Baylor Law education. “We prepare leaders—regardless of what they plan to do professionally—to stand and deliver, to do what’s hard. These folks—the ones who are willing to pay the price and do what others back away from—are exactly the people we want to be training.”

Professor Wren was recruited to Baylor Law in 2006 to teach Practice Court. Prior to joining the Baylor Law faculty, he served for many years as an adjunct professor teaching the Management of Complex Litigation course to third-year students. He comes from a specialization in business litigation, including business fraud, professional liability, and fiduciary litigation. While in private practice he was named a Texas Super Lawyer in Business Litigation each year from the time the designation originated in 2002. In December 2011, James Publishing (San Francisco) released his first book, Proving Damages to the Jury (with the latest edition published in 2020). He has subsequently co-authored two additional books with Professor Jeremy Counseller and Professor Liz Fraley, Texas Commercial Causes of Action and Texas Trial Procedure & Evidence, both published by ALM in 2015 (and currently in their fourth editions).

At Baylor Law, Professor Wren starts class each morning at 7:45 and insists that “in court and class there’s no such thing as on time; you’re either early or you’re late.” He teaches advocacy that is respectfully but relentlessly persistent, with cross examination built on demonstrating the truth one undeniable fact at a time.

Professor Wren served as President of the National Board of Trial Advocacy—the ABA-accredited national certifying board for civil trial, criminal trial, and other legal specializations—from 2009-2011, and now serves on its National Board of Directors. He is a Master of the Bench in the Judge Abner V. McCall American Inn of Court, a Fellow of the American Bar Foundation and the Texas Bar Foundation, a former director of the Texas Trial Lawyers Association, and former president of the Waco chapter of the American Board of Trial Advocates.

Professor Wren continues to represent clients in various courts around the nation. He is licensed for federal practice before the United States Supreme Court, the Fifth Circuit Court of Appeals, the U.S. Court of Federal Claims, and the Western, Northern, Eastern and Southern Districts of Texas, and appears in other federal and state courts by special admission. He is a graduate of Trial Lawyers College in Dubois, Wyoming, and has served on the teaching faculty of Trial Advocacy College, sponsored by the Texas Trial Lawyers Association.