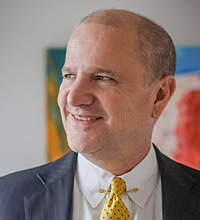 Greg White joined Baylor Law in February 2016 as a full-time faculty member specializing in legal writing and teaching courses in the Law School's Legal Writing Center. He previously served for over ten years as a member of Baylor Law's adjunct faculty.

Professor White earned his juris doctor from Baylor Law in 1982. He is Board Certified in Civil Appellate Law by the Texas Board of Legal Specialization and as a practicing attorney, has handled appeals in State and Federal Courts for over 30 years. He has been lead counsel in over 50 reported cases, including a number from the United States Court of Appeals for the Fifth Circuit – where he argued a case en banc – and the Supreme Court of Texas. His cases involved business disputes, civil rights, election laws, personal injury, intellectual property, criminal law, and real property. He was appointed counsel on two death penalty cases, both of which received substantial media attention.  In addition to teaching, Professor White is a practicing attorney in Gray Reed's Waco office and focuses on complex appeals in state and federal courts.

Professor White is married to the Ellen White – former Head Coach of the Baylor Equestrian Team, and has two daughters. Both of his daughters are practicing lawyers.