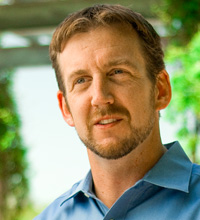 Professor Rory Ryan arrived in Texas via Iowa from Lincoln, Nebraska. In college, he played football and baseball at then-Division II Morningside College, where he occasionally attended classes between fishing trips, athletics, and dealing blackjack on a riverboat casino. “Oddly, I never cared much for school,” says Professor Ryan, who quickly adds, “until I got to law school.” A Nebraska flag still flies proudly in his office, “though it is balanced out now by my Baylor Basketball memorabilia,” he says.

When studying law, Professor Ryan quickly realized that academic work was in his future. “I loved the process of law and the way that logic structures, but doesn’t always determine, the resolution of a matter.” He earned unprecedented marks and more than twenty “High A’s” while graduating first in his class, summa cum laude, from Baylor Law School. Although Professor Ryan accepted a big-firm job in Dallas following his clerkship with the Honorable C. Arlen Beam on the Eighth Circuit, he was lured back into the classroom at just 26 years of age. Six years later he earned the University-wide award for Outstanding Tenure-Track Research Faculty.

Since joining the faculty, Professor Ryan has filled many nights and weekends consulting in his areas of expertise (Procedure, Appeals, and Jurisdiction). He has been either lead counsel or consultant on dozens of trials and appeals in state and federal courts within and without Texas, including the Supreme Courts of the United States and Texas. “I always want to be active in the practice of law while I’m teaching it. Doing both makes me better at both. When I teach students about writing appellate briefs, I want to teach them from both theory and experience. Teaching requires breaking things down into fundamental concepts, which of course then aids in the execution of the principles taught.” Professor Ryan teaches courses in Federal Courts & Constitutional Law.  He has previously taught courses in Civil Procedure, Appellate Procedure, Contracts, Legal Writing, Appellate Advocacy, Conflicts of Law, and Oil & Gas.

Professor Ryan and his wife, Christie, are the proud parents of three boys. In his spare time, Professor Ryan obsesses over fantasy football, casually studies behavioral economics, and is active in coaching youth sports.