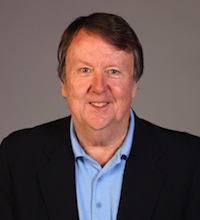 Professor Mike Rogers retired from a 36 year tenure of teaching at Baylor Law at the end of the 2020-2021 academic year.

In 2015, he completed an article on interest based negotiating in order to enrich his teaching of Alternative Dispute Resolution.  Please see “Saving Mr. Banks and Other Interest-Based Negotiations,” Cardozo Journal of Conflict Resolution, Volume 17:2, Winter 2015 which was published in January of 2016.  Because he had started teaching the Sports Law class, he then turned to a sports law topic.  He researched and wrote “Paving the Road Between NCAA Stardom and an NFL Career: A University Advisory Panel Perspective,” comments by Kelli Masters, 19 U. Denv. Sports & Ent. L.J. (Spring 2016) which was published in July of 2016.  This article is based primarily on his many years of service as Chair of the Baylor University Pro Sports Counseling Panel authorized by NCAA legislation.  Get Out of Jail Free Testimony and other Examples of Interest-Based Bargaining in The Criminal Justice System, 22 Cardozo J. Conflict Resol. 1 (2020), is the citation to his new article on interest-based plea bargaining.  His co-authors are recent Baylor Law graduates, Maria Garrett and David Dekle.  In plea bargaining the positions usually relate to time in prison or amount of a fine.  However, there are underlying concerns (interests) in many cases that can be addressed which benefit the individual and society.  For example, an agreement to order alcohol rehab can help the individual stay sober and eliminate the root cause of the criminal conduct.

Turning back to 2014, May was an amazing month for Mike Rogers. At the spring commencement, he was named an Outstanding Baylor Professor for 2013-2014 due to his noteworthy service to the University’s academic community. Ten nights later he was recognized at the annual meeting of the Big 12 Conference for his many years of dedicated service to Baylor, the Big 12 Conference and the NCAA as Baylor’s Faculty Athletics Representative. Finally, Baylor President Ken Starr not wanting to lose Rogers’ invaluable knowledge and experience relating to athletics, appointed Mike to serve as chair of Task Force on Athletics which addressed a myriad of threats and challenges facing high visibility athletics programs.

Mike Rogers was until recently best known nationally for his work in college athletics. But it wasn't always that way. At the age of 29, Rogers was a founding partner of Gaar & Bell (now Gilmore & Bell), a prominent securities transactions firm with offices in Kansas City, Mo.; Wichita, Kan.; Omaha, NE and St. Louis, Mo. Within three years of its formation, Gaar & Bell was recognized by The American Lawyer as one of the outstanding specialty firms in the United States. Rogers served as lead counsel in dozens of private securities transactions and more than 100 public offerings of tax advantaged securities.

Rogers joined the Baylor Law faculty in 1984 and became the architect of Baylor Law's alternative dispute resolution program. He has taught more law school offerings of the course "Alternative Dispute Resolution" than anyone else in the U.S. He is an accomplished arbitrator and mediator who has successfully resolved scores of lawsuits. He is a founding director of the McLennan County Dispute Resolution Center, serving as chairman of the board in 2000-2001. He has served on the panel of mediators for the United States District Court, Western District of Texas, and is a former director of the A.A. White Institute in Houston and formerly served on the panel of arbitrators for the American Arbitration Association. He also has served as consulting counsel in numerous securities lawsuits while teaching Securities Regulation at Baylor Law.

"Teaching is in my genes," Rogers said. "I come from a family of teachers and coaches. As to working with bright law students, there isn't a better way to spend a lifetime."
For more than two decades, Rogers has served as chair of Baylor's Professional Sports Counseling Panel. In this capacity, he has rendered advice to numerous future pro athletes, including Olympic gold medalist Michael Johnson and Super Bowl champion Santana Dotson. Also, he assisted Jason Smith, the second overall draft pick in the 2009 NFL Draft. More recently, Rogers helped Heisman Trophy winner Robert Griffin III during his agent selection process and then negotiated Griffin III's NFL Standard Representation Agreement with agent Ben Dogra.  In 2016 he has worked with the family of Andrew Billings.

He comes by his work in athletics naturally. Rogers is the son of former Texas A&M basketball coach Bob Rogers, and Mike played basketball for Texas Tech University, where he is a member of the Double T Varsity Club. While at Tech, he was admitted to membership in Phi Eta Sigma, Beta Gamma Sigma and Phi Kappa Phi. In 1974, he received his juris doctor from the University of Oklahoma, where he was a published member of the board of editors of the Oklahoma Law Review and was admitted to membership in Order of the Coif.

For 13 years (starting in 2001) he was Baylor's Faculty Athletics Representative to the NCAA and the Big 12. He also served as Big 12 Conference Representative on the NCAA Division I Academic/Eligibility/Compliance Cabinet and chair of the Agents and Amateurism Subcommittee (2005-2008). In 2008, the NCAA Board of Directors appointed him chair of the Division I Amateurism Cabinet. He also was a member of the Division I Communication and Coordination Committee for three years, which helped coordinate consideration of issues and legislative concepts within the governance structure.

On the dark side of athletics, in 2003-2005 he served as chair of the Faculty Investigation Committee (the “Committee”) relating to the nasty NCAA infractions case caused by former Coach Dave Bliss. The creative hard work of the Committee has been credited with avoiding a death penalty sanction for Baylor Men’s basketball.

"I am very comfortable with my service to the University relating to athletics,” Rogers said. "As the son of a former head coach, a former student-athlete, a lawyer and a mediator, I speak all of the languages and bring a number of perspectives to the table. Also, it is important to give something back. Participation in athletics paid my way through college."

Rogers frequently writes and speaks on sports law topics.  He has been a panelist at the NAAC, NACDA, FARA and NCAA Conventions. He has appeared on ESPN's E:60 and has been interviewed by Sports Illustrated, ESPN College Sports and other leading sports periodicals as well as The Chronicle of Higher Education and USA Today. He was quoted in Dave Campbell’s 2014 Texas Football. His scholarly work involving athletics includes publications "The Uniform Athlete Agent Act Fails to Fully Protect the College Athlete Who Exhausts His Eligibility Before Turning Professional" in Virginia Sports and Entertainment Law Journal 63 (2002), "Investigations-Act Before the Wolves Howl" in NCAA News (Oct. 23, 2006) and with co-author Rory Ryan, also a Baylor Law professor, "Navigating the Bylaw Maze in NCAA Major Infractions Cases” at 37 Seton Hall Law Review 749 (2007).  And, the most recent sports publication is “Paving the Road Between NCAA Stardom and an NFL Career: A University Advisory Panel Perspective,” comments by Kelli Masters, 19 U. Denv. Sports & Ent. L.J. (Spring 2016).

He received an award from the National Football Foundation in 2013 for his commitment to the ideals of the scholar-athlete and the leadership building qualities of intercollegiate football.

Rogers is a former director of the McLennan County Bar and has been elected a Fellow of the Texas Bar Foundation. He has been admitted to practice in Texas, Oklahoma and Kansas.